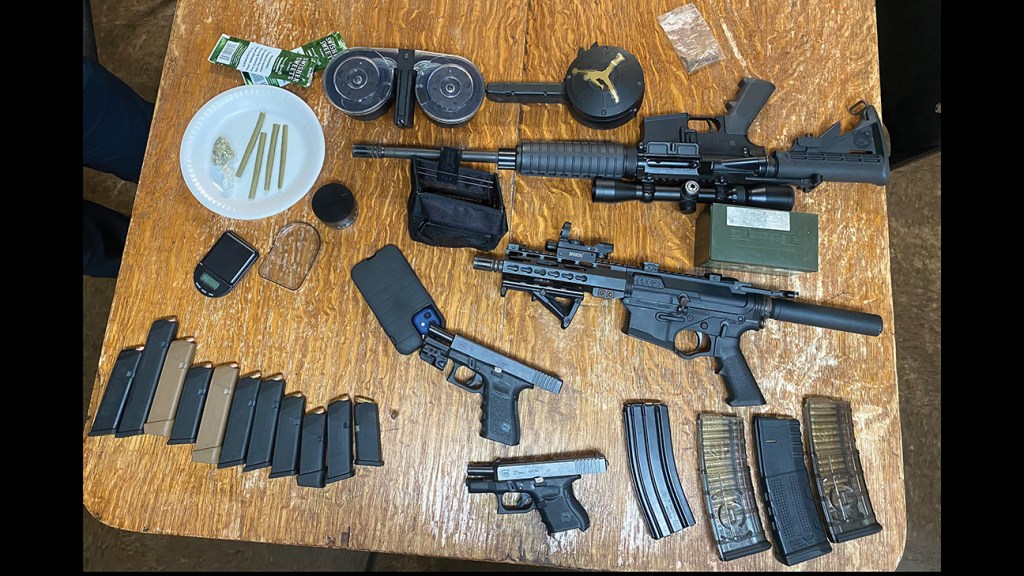 Friday around 9:33 p.m., an SCU officer made a traffic stop in the Rogers Circle area on a gray Toyota Camry with Copiah County plates.

The officer smelled a strong odor of marijuana coming from the vehicle, and noticed firearms inside the car while talking with the driver, BPD Chief Kenneth Collins said. The driver and passengers were asked to step out of the vehicle, which they did.

“It starts with something small, such as stealing candy from a convenience store, (then escalates) to breaking into cars, to stealing firearms, to armed robberies, to drive-by shootings, to murders,” Collins said. “No one knows what the intentions were of the people in the car, but thankfully it was stopped before anything happened.”

“It takes everyone in this city to help stop these crimes and to continue to keep Brookhaven safe,” Collins said. “Therefore, we ask for the public’s help. If you see something, hear something or know something, now is the time to speak.”

Anyone with information on this or any other investigation is asked to call BPD at 601-833-2424.