Ahmad Hardy is The Daily Leader Defensive Player of the Week 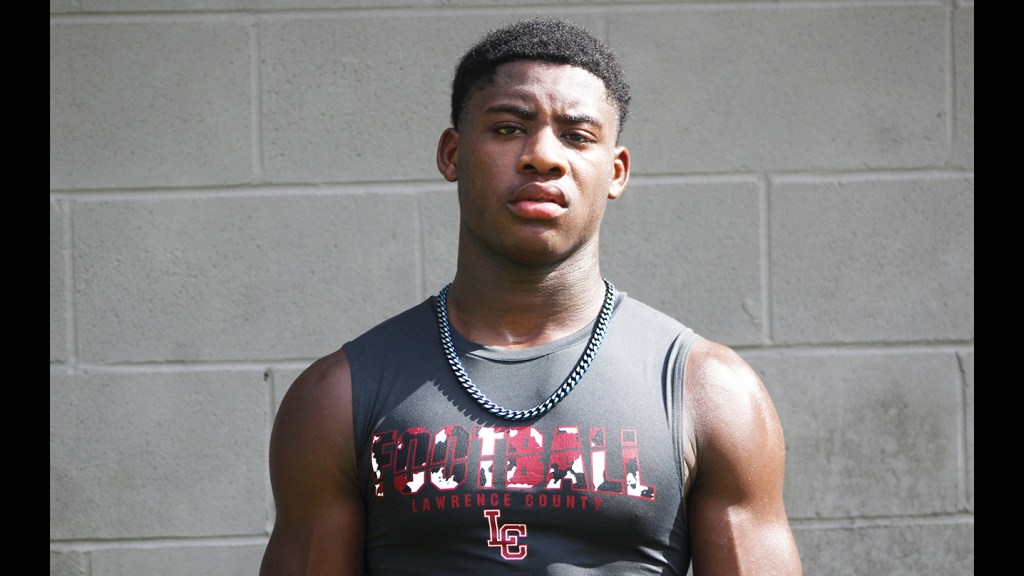 Remember the He-Man toys from the 80s that had the big, oversized arms that rippled with muscles?

It’s not much of a stretch to say that Lawrence County junior linebacker Ahmad Hardy has a similar physique.

At its most basic level, the game of football is a contest between two opposing groups that have the goal of forcing their physical will on their opponent.

That becomes easier when you’ve got someone that is….

In a season-opening 21-16 win over Brookhaven High, Hardy was all over the field, accounting for eight tackles, including three for a loss.

For his tone setting work on the defensive side of the ball for the Cougars, Hardy has been named The Daily Leader Defensive Player of the Week.

On offense, Hardy plays the position of running back with a similar wrecking ball like style. Against BHS he carried the ball 14 times for 1177 yards and one touchdown.

There was a time where it looked like the Panthers might get a late score to go-ahead as they moved their final possession down inside the Lawrence County 15-yard line.

BHS moved the ball efficiently on a final drive that ate up over five minutes of clock in the late stages of the fourth quarter.

The Cougar defense stiffened though, and that final push was led by Hardy, who shot through the line for a huge tackle for a loss that put BHS into a 3rd-and-long situation.

It doesn’t matter what side of the ball he’s lined up on, Hardy is a magnet for contact. His tackling style is what you want to teach when you’re molding future generations of defenders.

Hardy tries to run through the ball carrier with a violence that’s intent on jarring the ball free.

He was a Daily Leader All-Area selection last year as a sophomore linebacker for coach Jesse Anderson.

He’s also next in a long, proud family tradition that’s produced Division I athletes in football and other sports.

There’s a lot of weight that can come with the last Hardy in Monticello and to know that you’ve got people watching to see if you live up to it.

So far in his high school football career, Hardy has done nothing but delivered on those lofty expectations that come with his last name.