Will Loy is The Daily Leader Offensive Player of the Week 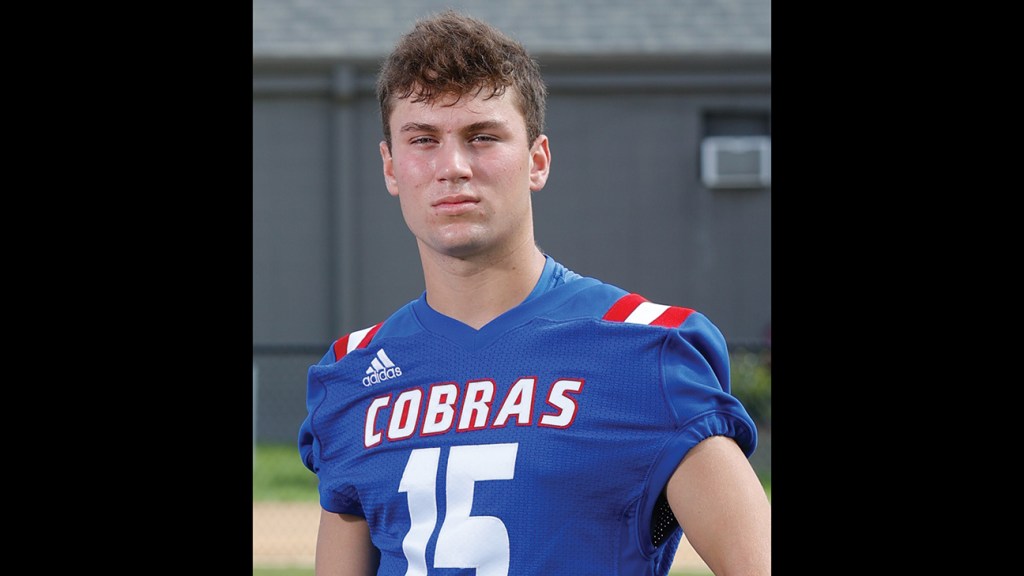 He threw two interceptions, including one that was returned for a touchdown by THS.

After that one, his daddy Jeremy — who also calls the play as head coach for Wesson — was angrier than a wet hen crossed with a stirred-up nest of hornets.

The senior signal caller didn’t sulk after that situation. He kept on making plays until the very last second of the game, a 49-48 walk-off win for Wesson.

Loy finished the night with three passing touchdowns and two more rushing scores. He completed 12-of-32 passes for 286 yards and averaged 23.8 yards per completion. On the ground, he carried the ball four times for 26 yards.

For his outstanding play, Loy has been named The Daily Leader Offensive Player of the Week.

If you’ve been watching Loy play the quarterback position since his freshman season, you’d have noticed the growth in his game that was apparent throughout the win over Tylertown.

In the first half, Loy didn’t have an open receiver and tucked the ball to run. He carved out a 15-yard gain while running toward the visitor’s sideline.

That pickup made one of the Wesson assistant coaches say, “I think Will just matched his rushing total from last year on that carry.”

Facing a similar situation on the last drive of the game, Loy again tucked to run the ball. This time, a THS defensive back crouched down to make what he hoped would be a game-ending tackle.

Once the defensive player committed, Loy flicked a completion over his head to receiver Kaleb Chase on a 4th-down conversation that looked dead only moments earlier.

When Loy got Wesson down to the 1-yard line via a long pass to O’Mari Johnson, he then snuck the ball in for a touchdown that made the score 48-47 with no time left on the clock. It was his second sneak for a score of the game.

The ability to put his head down and power in from a short distance is the type of play that Loy has worked hard to make in his career.

He’s lifted weights above and beyond the allotted workouts during the summer and tried to pack pounds on to his frame to help make his team better.

Wesson wouldn’t have been able to run that quarterback-sneak when he was a freshman.

The real area where Loy shined brightest wasn’t in the throw that he made to Johnson that ended at the 1-yard line.

It was the control he had over his teammates as the offensive unit ran from midfield with under 10 seconds left and trailing by seven points.

He looked to the sideline and saw his dad calling for the sneak.

Loy ran right on the heels of his lineman, telling them what to do next.

The ball was set by the referee and the clock was blown into play.

Loy called for the ball to be snapped, pumped his legs and reached the ball across the goal line with a confidence and poise that comes from being a four-year starter at quarterback.