Big second half pushes No. 6 East Mississippi past Co-Lin in football opener 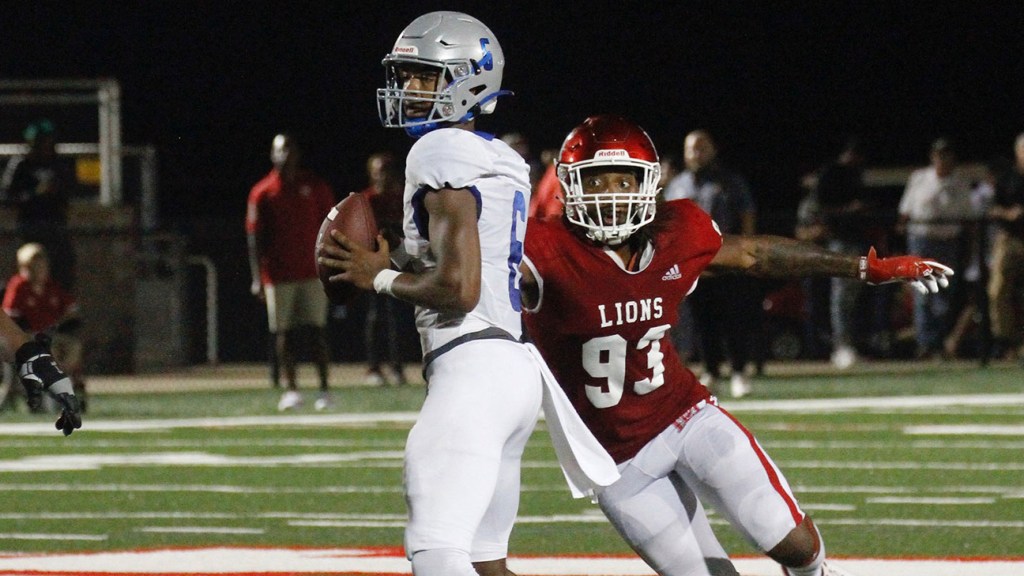 A 3-0 halftime lead by No. 6 East Mississippi Community College grew throughout the second half on Thursday in Scooba as the Lions captured a 38-0 win over visiting Copiah-Lincoln Community College in the football season opener for both schools.

Two of those interceptions came in the second half as Tott was also sacked four times. The East Mississippi defense also broke up seven passes and had eight total tackles for a loss.

An apparent 79-yard touchdown pass from Tott to freshman running back Johnnie Daniels (Crystal Springs) was called back in the first quarter and proved to be one of the final big, explosive plays for CLCC on the night.

Tott was able to spread the ball around as he completed passes to nine different receivers, led by sophomore Tyquan Henderson (Canton HS) with four catches and 79 yards.

EMCC scored all but one of it’s five touchdowns via the ground during the second half.

Sophomore linebacker Ja’Len Sims — a University of Memphis transfer — had a team-high nine tackles, as did freshman defensive back Kaden Dukes (Petal HS) for coach Glenn Davis and the Wolves.

Sophomore defensive back Ques McNeal kept up the stellar play he flashed as a freshman by making seven tackles, breaking up two passes and blocking a field goal for Co-Lin.

Brookhaven High product Dre Ross —a three-year starter at quarterback for the Panthers — made five tackles as a defensive back for CLCC.

EMCC led 17-0 after three quarters before pouring on three more touchdowns in the final 15 minutes of action.

Co-Lin remains on the road next week when they travel to Moorhead to play Mississippi Delta. Southwest Mississippi CC handled Delta by a 50-0 final on Thursday in Summitt.

In other MACCC action around the state on Thursday, No. 4 Northwest Mississippi jumped up early before holding off a Mississippi Gulf Coast upset bid by a 28-24 final in Senatobia, Coahoma climbed out of an early hole to boatrace past East Central for a 52-28 win, Jones College dominated Itawamba 44-0, Pearl River picked up a 49-24 win over new Holmes head coach Marcus Woods and Northeast won with surprising ease by a 20-3 score in Raymond over Hinds.