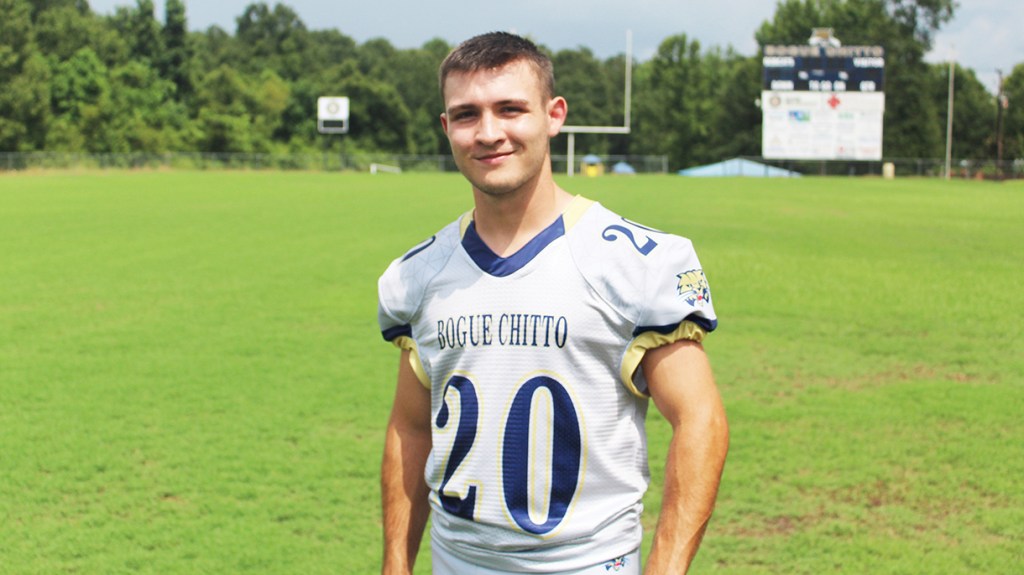 BC’s Wallace is Defensive Player of the Week

Just before the end of summer workouts and the beginning of preseason practices, Bogue Chitto head football coach Gareth Sartin was running down the roster and depth chart of his Bobcats ahead of the 2022 season.

Sartin was going through who would lead the defense and gave some extra praise for senior linebacker Deacon Wallace.

“Deacon is a good example of how we want our guys to play on defense,” said Sartin. “He plays hard on every snap and gives great effort.”

Wallace gave his usual all-out effort on Friday in helping lead the Bobcats to a 43-14 road win over Salem. The 5-foot-8, 165-pound Wallace made six tackles, recovered two fumbles and was part of two sacks for the Bobcats.

For his outstanding play, Wallace has been tabbed as The Daily Leader Defensive Player of the Week.

The win moved Bogue Chitto to 2-0 on the season after they opened the year with a 14-7 road win at Pisgah.

The Bobcats make their home debut on Friday when they host their county rivals from Enterprise on Troy Smith Field.

It hasn’t all been easy going for the Bobcats in the early part of the season.

Junior Easton Sartin, one of the leaders of the defense, will miss the rest of the season with a lower leg injury.

That’s made the play of Wallace and his defensive batterymates that much important.

Against Pisgah, Wallace was in on 11 tackles and four tackles for a loss, including three sacks.

Senior linebacker Jay May, junior defensive back Jax Leggett and senior defender Cameron Williams are among the team leaders in tackling for the Bobcats thus far in 2022.

Sartin and his staff of assistant coaches Chad Norton, Adam Moak and Kris Smith have a program that’s known for their willingness to tackle as a gang of swarming Bobcats.

The first man to the ball carrier might not bring their man down one-on-one, but he’ll lock his jaws in and hold on for life until his teammates fly to the scene to finish the play.

That’s the Bobcat way, a way that Wallace is well-versed in as a senior tackler for BC.