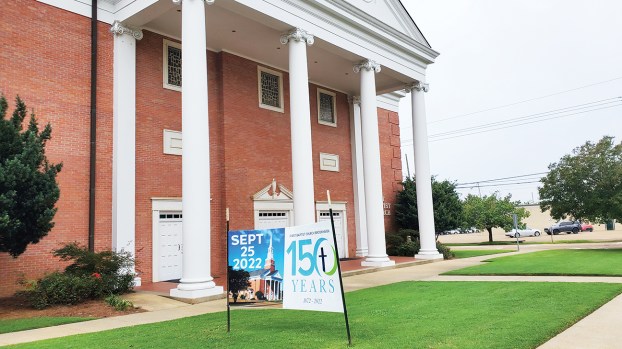 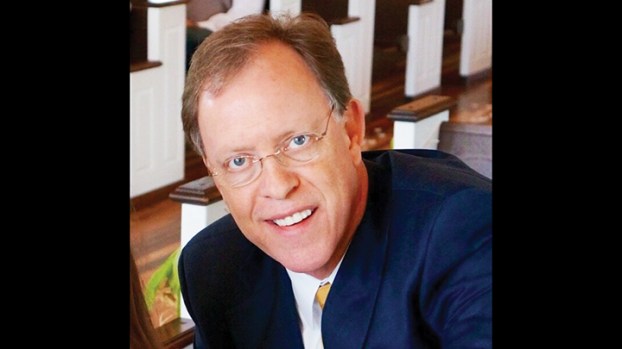 “Our people have been faithful for the past 150 years,” said First Baptist Church Brookhaven’s pastor, Rev. Greg Warnock.

Warnock believes that’s the reason the church has survived this long and the reason it will continue to make a difference in the future.

First Baptist celebrates its 150th anniversary the final Sunday of this month, Sept. 25.

“On that day, we’re going to have a big celebration with preaching, dinner, singing, and special guests,” said church clerk Milton West, who has been a member of the church with his wife for 44 years. “We’re inviting former members. There have been only 14 pastors — that’s saying something for that length of time — and Bro. Greg is the longest serving. There’s only one other former pastor that’s still living, Dr. Bob Self.”

A booklet including much of the church’s history will be printed and made available on that day.

Founded in 1872, the church has occupied three different buildings in the heart of Brookhaven. The church started over on what was the Whitworth College campus, with 13 members. They met there for about three or four years. The local Presbyterian church had a building at the corner of North Second and Monticello streets, and on the Sundays the Presbyterians didn’t meet they allowed the Baptists to worship in their building.

Then in 1883, church elder E.C. Eager built a 30 x 50-foot building on Whitworth’s campus for $1,057.99. In 1914, the congregation moved to its current location, in the sanctuary facing south at the corner of First Street and East Cherokee Street.

Many improvements and changes have been made to the building over the years, and new additions added, including the current sanctuary and a Student Ministry Worship Center.

Rev. Warnock celebrated 25 years as pastor of FBC earlier this year. The church that began with barely more than a dozen people has grown to number in the thousands.

Members have participated in numerous mission trips and planted other area churches, including Pearlhaven, Easthaven, Central, Southway and Halbert Heights (which now serves as the Lincoln Baptist Association building).

The committee hopes to honor the congregation’s history and erect a marker in people’s memories to serve as a launching pad for continued and future ministry.

“All of us have gone through a once-in-a-hundred-year experience with the global pandemic. None of us knew exactly what would happen afterward,” Rev. Warnock said. “I’ve been very pleased with our faithfulness throughout, continuing in support of missions and worshiping together. I’m very excited about now with people returning, giving and missions giving have stayed strong.”

Another historic challenge the church has faced in Warnock’s tenure was the aftermath of Hurricanes Katrina and Rita in 2005. The church opened a shelter for several months to help take care of displaced families and individuals. The pastor was impressed with everything members did then — as well as in other times of need — to care for one another and others outside their regular community.

“Our people have continued to be faithful,” he said. “And it speaks to the heart of the church. You see that consistently throughout our history, and you see it today. That is our future — to expand where God allows us to expand.”

More than celebrating the past, the anniversary serves to remind members and the community of the mission of the global church.

“Our whole mission is about sharing this great, Good News message of the Gospel to the world,” Warnock said. “It begins right here with our neighbors, and it expands throughout Southwest Mississippi and across the world.”