When it rains, it floods: City addresses drainage complaint 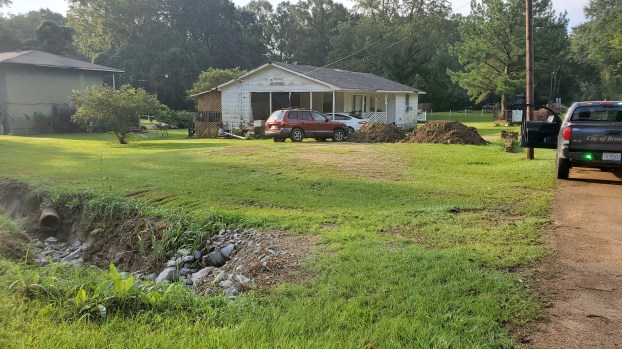 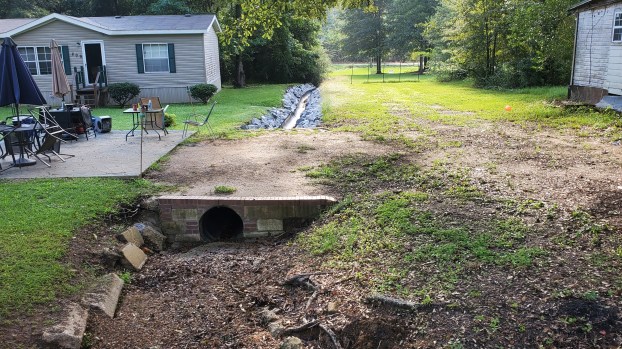 When it rains, it floods, and the water has to go somewhere.

Roosevelt Collins has lived on Old Brook Road for two decades and says every time it rains, that’s exactly what happens to his yard, due to poor drainage infrastructure.

“There are no drains and ditches where I live at,” Collins told the Brookhaven Board of Aldermen at its regular meeting Tuesday. “The water has to go somewhere, and so it goes through my yard.”

Rainwaters come off South First Street down Old Brook Road and have nowhere else to go, and the city has not done enough to fix the problem, he said.

“It don’t have to storm. All it has to do is rain,” Collins said. “I’m ashamed to say I’ve lived there 20 years and Old Brook Road is hurting. The city came and dug a hole to get the water to come through. It’s pitiful.”

The water needs to be redirected to ditches and drains, not his yard or anyone else’s, Collins said.

“I’m calling on the Board not just to hear this but to come see it. Seeing is believing,” he said. “I didn’t come here just to talk but to get something done.”

Collins said he was excited when the City of Brookhaven originally annexed the area, but disappointed in the lack of attention its infrastructure has received.

“I’m in the city limits now. Yay. Silence is not an option anymore. It’s going to rain some more,” Collins said. “People that need to hear it, you’ve heard it. I’m crying out to you.”

The City has done more than hear Collins. It has already addressed the problem — prior to his appearance before the aldermen.

A large drainage ditch that runs through Collins’ property has been widened and dug deeper, and is lined with rock to aid in flow and hamper erosion. A large drainage pipe that runs under the width of Old Brook Road empties into the ditch, which then directs the water into the woods toward South Second Street.

Public Works Director Keith Lewis said his department is working to improve drainage throughout other parts of the city, as well.