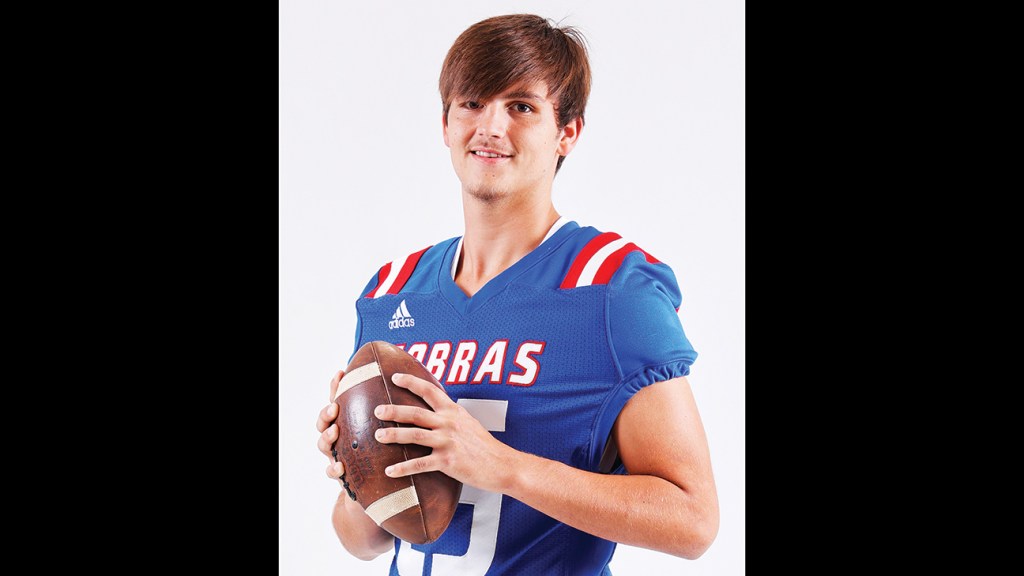 Cody Munn is The Daily Leader's Defensive Player of the Week

Leading 16-6 after three quarters on Friday, the Wesson Cobra defense was holding Wilkinson County at bay and waiting for the offense to put the game away.

The offense did its job by scoring 17 unanswered points in an eventual 33-6 win.

One of the areas where Wesson dominated the game was on the defensive line.

Senior defensive end Cody Munn was a problem for Wilkinson County to block all night. Munn finished with seven tackles and two sacks in harassing Wildcat ball carriers throughout the game.

For his outstanding play, Munn has been named The Daily Leader Defensive Player of the Week.

Wesson got an outstanding performance on the offensive side of the ball against Wilkinson County from freshman O’Mari Johnson.

Johnson carried the ball 13 times for 177 yards and three touchdowns. Wesson also got a rushing touchdown from Lucas McRee and a field goal from sophomore Patrick Coleman in the win.

McRee made 10 tackles a as linebacker and fellow backer Cotton Westbrook made nine tackles as did sophomore Hunter Meredith.

A week prior against Franklin County, Munn had clocked in with 10 tackles in a close road loss.

Also the team’s punter, Munn had two punts that averaged 32.5 yards each and one of those kicks was downed inside the 20-yard line by Wesson.

Munn’s path to his senior season hasn’t always been a road that’s been free of obstacles.

The varsity punter since his freshman year, Munn battled a serious injury that limited him to five games as a junior.

Munn balanced working full time in construction over the summer with the required lifts and workouts laid out by Wesson coach Jeremy Loy.

The 6-foot-3, 225-pound Munn is a great example of how Loy wants his team to play every time they get between the lines on a Friday night.

“Cody is a tough, gritty, physical young man that plays the game the way it is meant to be played — wide open,” said Loy. “He is dedicated to our program and is very coachable. He has great range and the length you want from a defensive end. He can make plays on the edge and it’s been fun to watch him develop from junior high to his senior year.”

Wesson (2-1) will be on the road at 1A Lumberton on Friday. The Cobras will then finish up non-region play by hosting Mize for homecoming on Sept. 23.