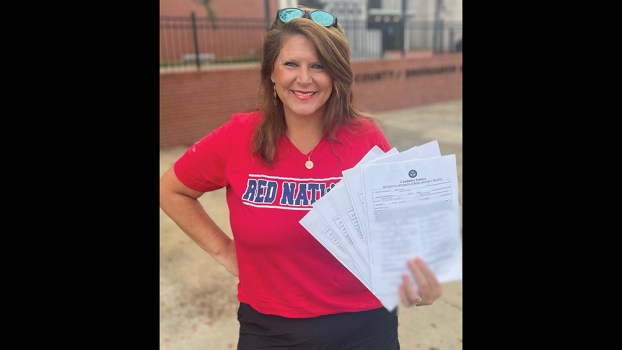 PHOTO SUBMITTED / Erin W. Smith was the sole qualifier for the seat she already occupies on the Brookhaven School District Board of Trustees. 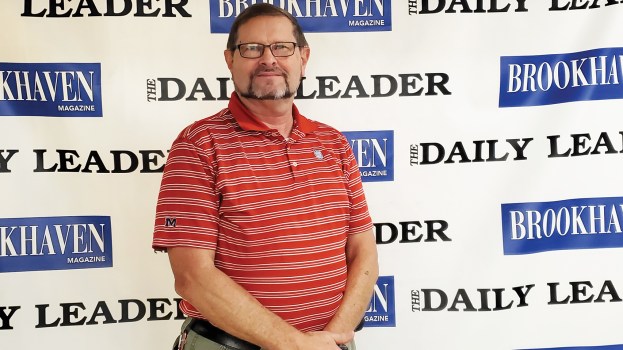 PHOTO BY BRETT CAMPBELL / Joe Portrey was the sole qualifier for the Lincoln County School Board Educational District 5 seat.

Unopposed. It’s the word of the hour for six candidates on the ballot in the November General Election.

Without opposition, each office will be filled automatically after the election by the one person named in that race.

Judges Joseph Durr, Michael Taylor and David Strong Jr. will return to their benches. Durr will begin his second term in Chancery Court, having been first elected in 2018. Taylor will keep the seat he’s had since 2005. Strong will return to the post he’s held since 2006.

Two others are keeping a currently-held post — Janice Hart Haley as District 2 Election Commissioner, and Erin W. Smith, on the Brookhaven School District Board of Trustees.

Hart Haley has served as commissioner since the Board of Supervisors appointed her in April 2022 to fill the position vacated by former commissioner Tiffany Furr, who resigned. Haley will keep the position for the final year of the current term. Regular election for commissioners will be in November 2023.

Smith will begin her third five-year term on the city’s school district board.

The sixth unopposed candidate is also the only one new to the position. Former Justice Court Judge Joe Portrey will take the District 5 seat on the Lincoln County School Board, representing the Loyd Star area for a six-year term.

“I honestly feel like I’m serving my community — the students, and the staff and the Brookhaven community. That’s really why I keep doing this,” Smith said. “I believe the Lord still has me there for a reason.”

Smith said her goal is to see the district get an A rating from the Mississippi Department of Education.

“I feel like our leaders, Dr. Henderson and his staff, have put in the work to get us there,” she said. “I’m really here to just support our teachers, our students and our administrators to make that happen.”

Smith also serves on the Mississippi School Board Association of Directors, representing District 3 for the 2021-2023 term.

“I think serving on the state board helps us stay connected to what’s going on across the state and get new innovative ideas,” Smith said. “I think it’s been a really good position for us as a school district to be able to be represented on a state level.”

The mom and wife is a full-time employee who says she really tries to serve other people as Christ instructed his followers to do.

“Brookhaven School District is a great school district. We’ve been working really hard with our bond bill to get our security measures in place, to offer the best environment for kids to learn, for students to thrive,” she said. “We take academics and the safety of our kids as most important. That’s our number one focus. That’s what we do in Ole Brook. We are one big family.”

Smith said over the past couple of years since COVID made its first impact on education, she’s seen the challenges faced by students, teachers and administrators.

Long-time Loyd Star resident Joe Portrey said he had not thought about running for school board until a few people asked him if he would consider it. After prayer and discussion with family, the former law enforcement officer and judge said he “felt an easy feeling that this is something I should probably do.”

After getting more information about the job and more discussion, Portrey picked up his paperwork and started gathering the 50 signatures need to qualify, 10 days prior to the Sept. 9 deadline. He turned in his paperwork Sept. 7.

“I’m always thinking about new ventures. This was not on my radar, but both my children went to school at Loyd Star and my wife worked there as a secretary for a few years. My heart is at Loyd Star,” Portrey said. “If I can help get them what they need to achieve academic excellence and the athletic facilities they need, I will do my part to get that done.”

He said a focus on academics and vocational training is essential for a good education and a getting a job that can help students make a living after their school years.

“We need to be teaching basic life skills — sewing, cooking, keeping up with finances, changing tires, etc. These are things everyone needs to know.”

Portrey has had nearly four decades in public service. He retired from the Brookhaven Police Department after 29 years, having started as a dispatcher, then patrolman, working his way up to captain/supervisor. After retirement, he worked in sales for ServPro a couple of years, then was elected to two terms as a Justice Court judge.

“I’ve always believed I was a person people could relate to. I’ve committed my life to serving the public and that’s what I want to do on the Lincoln County School Board,” Portrey said. “I’m just willing to serve in the best capacity I feel I can for the Loyd Star community and the school board.”

• U.S. District 3 Representative Michael Guest (R), will face challenger Shuwaski Young (D) as he hopes to keep his seat in Congress for a second term.