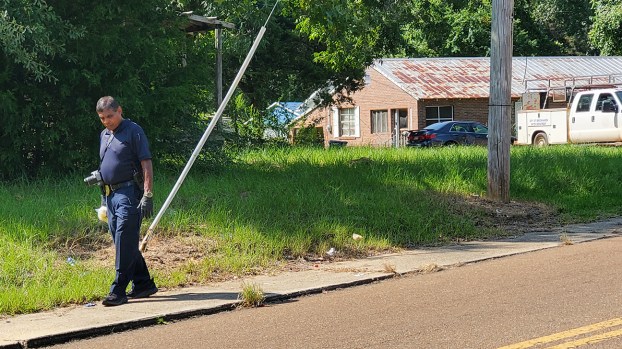 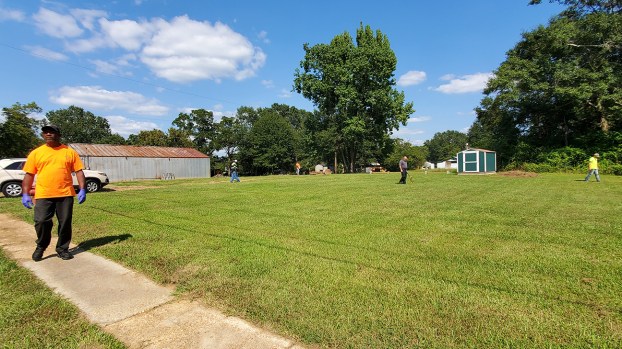 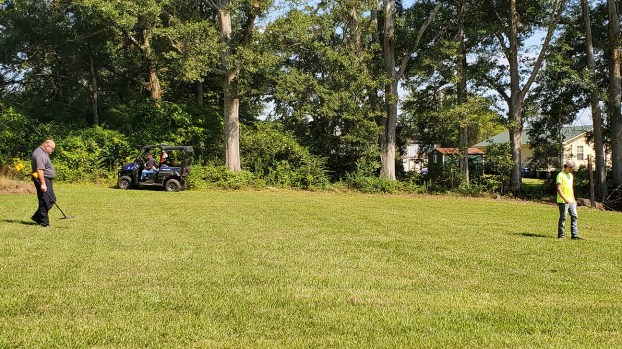 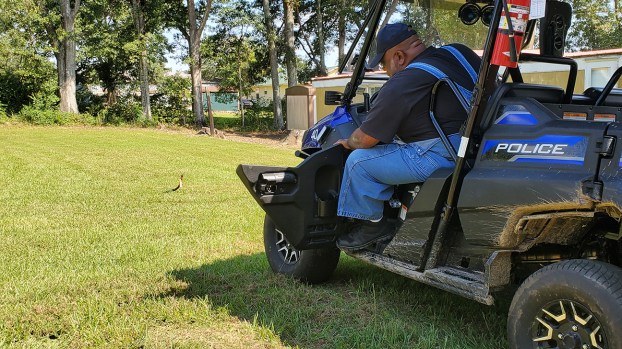 Brookhaven police performed a grid search Thursday afternoon for shell casings and other physical evidence as part of an ongoing homicide investigation.

With the assistance of additional men from the Public Works Department, Police Chief Kenneth Collins, Assistant Chief Clint Earls and Sgt. Det. Vincent Fernando performed the search at and near a property at the intersection of North Martin Luther King Jr. Drive and Independence Street.

A 44-year-old Brookhaven resident, Mashonna Dunnigan, was killed Tuesday night when she was struck by a stray bullet while traveling through the area.

Dunnigan had just picked up her son, who was in the car with her, but not physically harmed. The woman was apparently the victim of a stray bullet and not targeted, Collins said.

“When you indiscriminately fire a weapon, you have unintended consequences,” Collins said. “We know somebody saw something. We need you to come forward and help us out.”

Anyone with information on the shooting is asked to come to the department and give a statement on the record.

“I know this is a devastating time for the family, and I’m asking that they talk to the young people in their family and keep them calm, because the last thing we need is retaliation, for somebody else not involved in anything — some innocent person — to get hurt or killed,” Collins said. “Street justice is no justice. We need criminal justice. Let’s do this the right way.”