City curfew: Do you know where your children are? 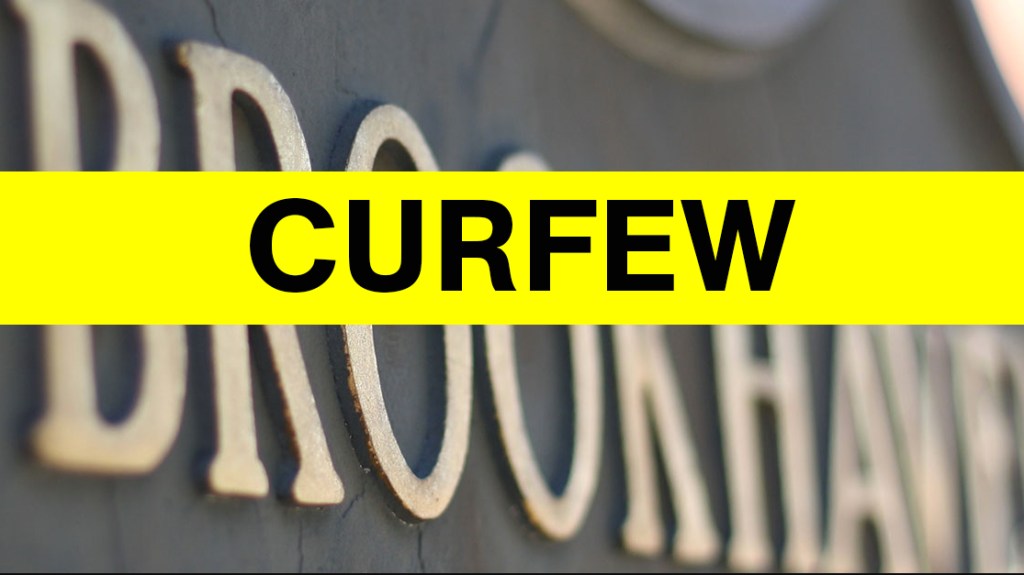 The question became a nightly standard on television in the late 1960s. Fast-forward five decades and modify the time, and it can be asked in Brookhaven.

The City’s Board of Aldermen has instated a curfew, which will go into effect Oct. 6, 30 days after it was approved by the board.

The board determined that juveniles have repeatedly congregated at various places across the city, causing general disturbances and “contributing to an excessive number of incidents of drug and alcohol related crimes, thefts, homicides and assaults,” the new ordinance states.

With certain exceptions, anyone under the age of 18 must not be out in public after 11 p.m. Sunday through Thursday, and after midnight Friday and Saturday, until 5:30 a.m. the following morning.

The Board of Aldermen of the City of Brookhaven has determined that juveniles have been congregating in the city causing general disturbances to residents, and contributing to an excessive number of incidents of drug and alcohol related crimes, thefts, homicides and assaults, including a high percentage of crimes committed by and against juveniles; and

The City of Brookhaven Board of Aldermen finds and determines that special and extenuating circumstances presently exist within this city that call for special regulations of minors within the city in order to protect them from each other and from other persons on the streets during the nocturnal hours, to aid in crime prevention, to promote parental supervision and authority over minors, and to decrease juvenile crime rates; and

In accordance with the prevailing community standards, this article serves to regulate the conduct of juveniles on streets during evening hours and those hours prohibited by the Mississippi Compulsory School Attendance Law; to be effectively and consistently enforced for the protection of the juveniles in Brookhaven from each other and from other persons on the streets during nocturnal hours; to support parental control, authority, and responsibility for their children; to protect the public from nocturnal mischief by juveniles; to reduce the incidents of juvenile criminal activity to further family responsibility; and to promote the public good, safety and welfare.

That upon review and continuing evaluation of this article, the Board of Aldermen finds that there is continued justification for the purposes and findings herein to instate this Curfew Ordinance and upon immediate notice and proper vote by the Council to institute a curfew as deemed necessary to coincide with the Mississippi Compulsory School Attendance Law and nocturnal time limitations.

The Brookhaven Police Department will have the authority to enforce the curfew.

Citizens with minor dependents have plenty of time to practice answering the question, “It’s 11 p.m. Do you know where your children are?”