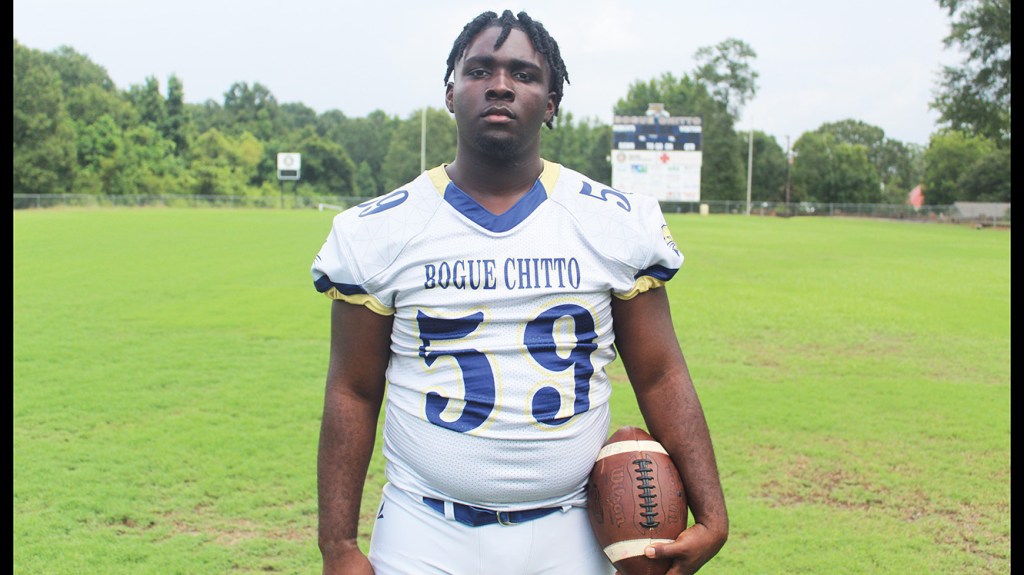 Jay May is Defensive Player of the Week

It feels like Bogue Chitto senior Ja’Christopher “Jay” May has been hearing his named called over the PA at Troy Smith Field for a long time now.

That’s what happens when you become a starter for the varsity team as a freshman.

May and his Bobcats moved to 3-1 on the season with a 27-7 win over Puckett High on Friday.

A starting tackle on offense, May had a huge hand on defense in holding the Puckett offense without a score for over three quarters from his linebacker position.

May made eight tackles, had two tackles for a loss and returned an interception for 30-yards and a touchdown.

For his strong play, May has been named The Daily Leader Defensive Player of the Week.

Bouge Chitto is a versatile team with guys able to plug and play in different spots up and down the roster, but May is Mr. Versatility out of the whole group.

A tackle who can snap or play guard like a fullback, his natural position is likely tight end. May has solid hands and nimble feet for a young man his size — talents he also used on the basketball court as a power forward for the Bobcats.

That’s why linebacker is a natural spot to place the instinctive May on the defensive side of the ball.

On the season, May has made eight tackles for a loss and had one sack for the Bobcat defense. He’s also forced two fumbles.

May got a little time on the sideline Friday as BC led by three scores late and coach Gareth Sartin worked in some younger players.

In tight games, like a 21-14 loss at Mize the week before that served as the first loss of the season for Bouge Chitto — May will very rarely come out for more than a couple plays at a time throughout the night.

May and Williams both saw lots of playing time in 2019 for a rebuilding BC team that finished 5-7.

The Bobcats went 6-5 in a 2020 season that was pockmarked by Covid-19 related cancellations. A first-round playoff matchup at Scott Central went into the books as a 2-0 forfeit by Bogue Chitto due to the virus.

Last season May and his teammate finished 8-3, were runners-up in Region 7-2A and lost a first round home playoff game to the Pelahatchie High Chiefs.

The biggest games of the season still lay ahead of BC in 2022 including a Possum Bowl matchup at home on Oct. 7 against Loyd Star and back-to-back trips the following two weeks to play at region opponents East Marion and Amite County on Oct. 14 and 22 respectively. 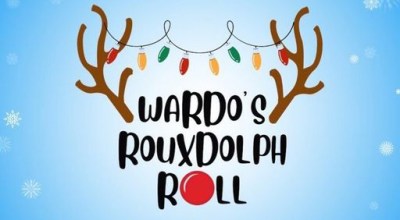