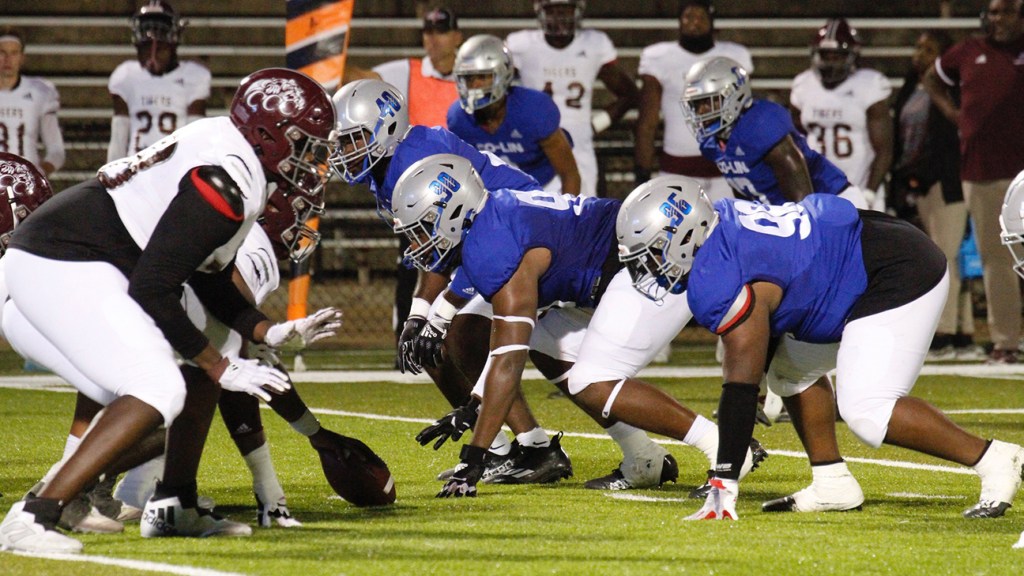 The Copiah-Lincoln Wolves will bring some momentum into their 2022 homecoming game next Thursday against Mississippi Gulf Coast.

The Wolves woke up after halftime Thursday to put up a 35-10 win in Wesson over the visiting Coahoma Tigers.

Coach Glenn Davis and his team are 3-2 and have won two in a row after blowing out Southwest the week before.

Gulf Coast will be starving for a win themselves; the Bulldogs are 2-3 overall after losing 24-14 at Pearl River on Thursday. In other MACCC action from around the state, Northwest Mississippi took control of the North Division with a 38-21 win at East Mississippi, Southwest outlasted East Central 24-20, Jones College held off Hinds 31-24, Holmes beat Northeast Mississippi 34-31 and Itawamba whipped Mississippi Delta 55-21.

Coahoma led 10-7 at halftime on Thursday.

The CLCC defense forced five turnovers in the win.

Quarterback Devon Tott (Mandeville, La.) went 14-of-28 passing for 158 yards and two scores. He also led the Wolves on the ground with 96 yards on 10 carries. Tott scored on the ground as well.

O’Ryan James (Houma, La.) was the top pass catcher for the Wolves with 76 yards on four catches. James and Tott linked up for a first half scoring play.

Kickoff against Gulf Coast on Thursday is set for 6:30 p.m.