Volunteer of the Week — ‘Called to serve’: Garbo, Jordan give of themselves at animal rescue league 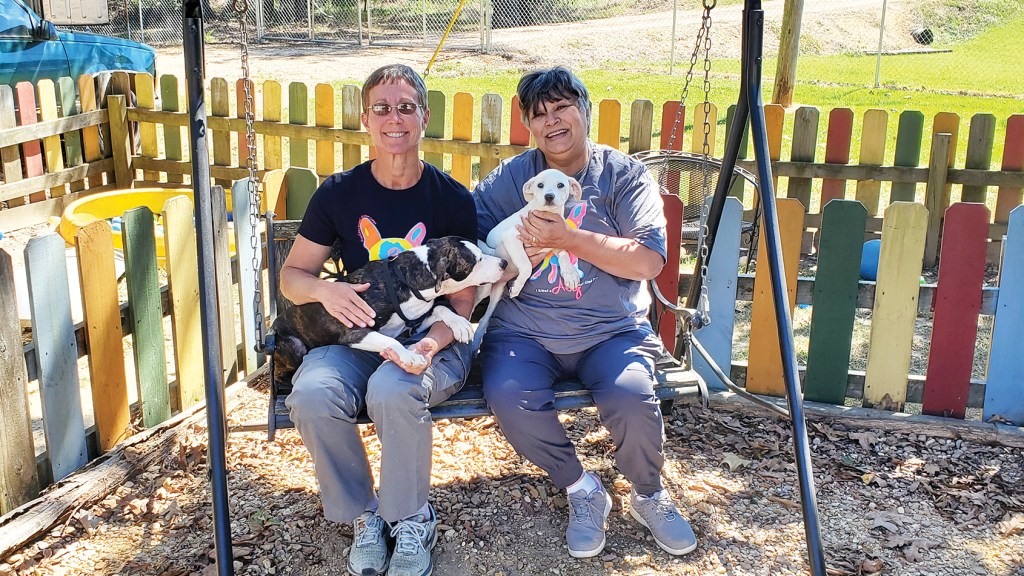 Brookhaven Animal Rescue League is a great place for animal lovers to volunteer.

But Gail Garbo has not always been an animal lover. She started volunteering at BARL in 2016. Growing up, Garbo’s sister always brought home stray animals, and would bring them back whenever Garbo let them go. When the sister found out Garbo was volunteering at an animal shelter, she couldn’t believe it. Not Gail.

But Garbo began working at the no-kill shelter in 2016. She said it was a desire to serve God that started it all.

“The Lord himself said he didn’t come to be served, but to serve. I always had excuses — I can’t; I don’t have enough time; not enough this or that,” Garbo said. “But there are a lot of reasons He wants us to serve. It changes our hearts. It brings us closer to Him. I was very selfish with my time, but I see His works out here.”

Serving reminds her not to try to be in control of everything, she said.

Dolores Jordan started volunteering at BARL in 2008, when her husband’s cousin asked her to help with a dog. She did, and began to see other ways she could help.

“I helped with transports, and then more and more,” Jordan said. There was always something that needed to be done, and people were needed in order to get it done.

“It’s like going out in quicksand,” she said, laughing. “Don’t struggle — It’ll just pull you down.”

About 18 people volunteer regularly at the shelter, Garbo said, but BARL can see approximately 50 people show up at least once during the month to help with a single task.

“We can always use people,” Garbo said. “We need sitters, greeters, carpentry work, from 12 noon to 3 p.m., five days a week. We could use people to foster animals. Fostering is huge.”

Some animals need extra care that can’t be easily provided in the group setting at BARL, such as animals with severe trauma or health issues. The extra hands-on tending from someone who can temporarily foster the pet in their home can mean the world for that animal.

Knowing the need exists at BARL may spark the desire in others to serve, too, she hopes.

People are needed to pick up heavy bags and move them, to clean, do yard work, etc.

“If someone isn’t physically able to do that, we desperately need someone to organize our annual garage sale,” Jordan said. “The sale helps raise the money we need, because we don’t receive a penny of government funding.”

All the cleaning, maintenance, repairs and organization that need to be done in a family’s home need to be done at the shelter, too, Jordan said. But there’s also the business side of it — like paperwork and filing, computer work, vaccinations, keeping photo records, and working with the people who surrender animals.

Jordan and Garbo love volunteering, but they and their fellow BARL volunteers still can’t do it all by themselves. People who need community service hours can work at the shelter, and church groups are welcome to work as a local mission project.

“Everyone is going to be called to serve God in some way,” Garbo said.