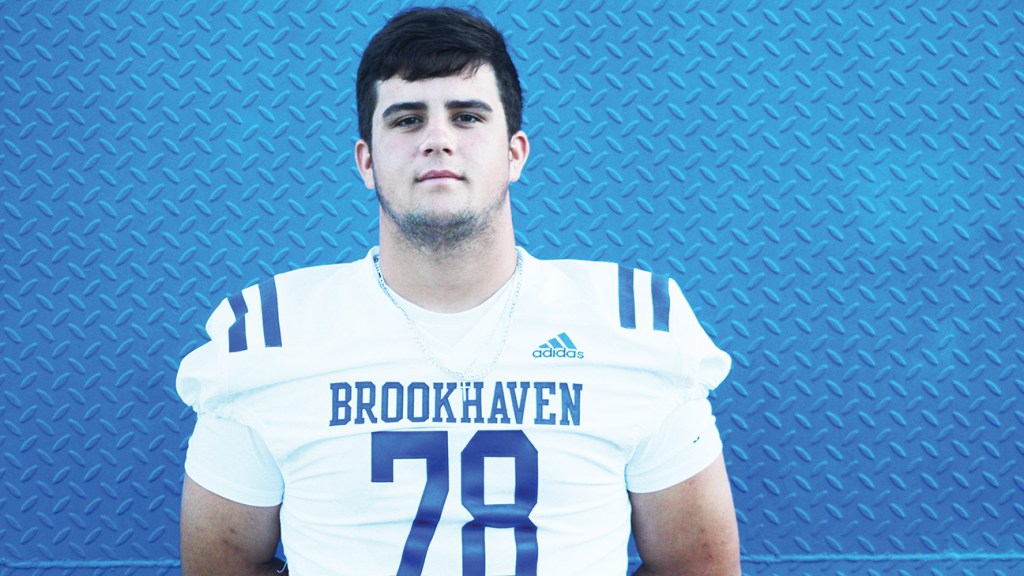 The Brookhaven Academy defense pitched a shutout on Friday in a 35-0 win over Sylva-Bay Academy in Bay Springs.

The homestanding Saints eked out just 69 yards total offense as coach Anthony Hart’s Cougars held SBA to 58 yards on the ground and 11 yards through the air.

Senior defensive tackle Conner Johnson was a big part of that effort as he made a team best 10.5 tackles in the win, including a sack.

For his efforts, Johnson has been named The Daily Leader Defensive Player of the Week.

Johnson joined BA this season as a transfer from Lawrence County High School. His play at defensive tackle has been that of a difference maker for Brookhaven Academy in the Cougars quest to repeat as MAIS District 4-4A champs.

It didn’t take long for Johnson to start impressing his new coaches with his effort. Talk with them about him and you’ll hear praise not just for how hard he plays on the field, but for his character off it too.

A week before beating Sylva-Bay, Johnson and the Cougar defense shut down their district rivals from Columbia Academy in a 20-6 win.

Jaden Lea added 10 tackles of his own in the win over Sylva-Bay as he, Johnson and seniors Rayce Stewart and Trevor Fortenberry have been four cornerstones of the Cougar defense thus far in 2022.

Next up for BA is a trip to Liberty on Friday to face Amite School Center. Johnson and the rest of the Brookhaven Academy senior class will be honored before the home finale for the Cougars on Oct. 14 against Centreville Academy.

The regular season closes for BA with a road game at district foe Wayne Academy on Oct. 21.