BA’s Trevor Fortenberry is Offensive Player of the Week 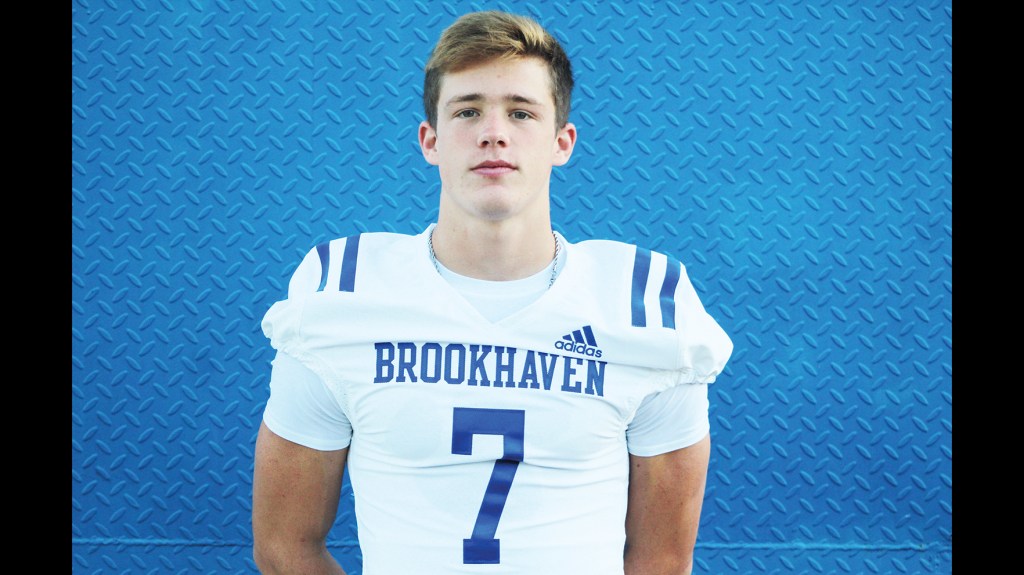 Coming into the 2022 football season, Brookhaven Academy coach Anthony Hart knew that getting the ball into the hands of senior Trevor Fortenberry would be crucial for his offense.

The BA coaching staff has accomplished that mission in a variety of ways thus far to help the Cougars post a 6-2 record.

Friday, in a 51-0 win over Amite School Center in Liberty, Fortenberry accounted for three offensive touchdowns to lead the Cougars.

Fortenberry caught two passes for 83 yards and two scores and rushed three times for 30 yards and another touchdown.

For his efforts, Fortenberry has been named The Daily Leader Offensive Player of the Week.

Since losing at Copiah Academy 48-6 on Sept. 16, BA has outscored its next three opponents by a combined total of 106-6.

Hart has talked about the need for his team to get better each week and focus on improving as the second season of the playoffs loom.

The Cougars compete in the 4A classification of MAIS football and wrap up division play and the regular season with an Oct. 21 trip to play at Wayne Academy.

A win in that game will have the Cougars at 3-0 in District 4-4A play for a second straight season.

The play of the 6-foot-3, 200-pound Fortenberry has been a big part of that success.

A three-sport star who also starts in basketball and baseball at the school, Fortenberry plays as a linebacker/safety on defense for the BA football team.

The Cougars will be favored when they host Centreville (3-5) for senior night on Friday.

CA head coach Bill Hurst is a living legend who is in year number 45 at the school that sits on the western edge of the Mississippi and Louisiana border.

The Tigers are 34-11 against Brookhaven Academy all-time, but the Cougars have cut into that deficit of late. A win on Friday would make it five in a row for BA in the series.

Kickoff between Centreville and Brookhaven Academy is set for 7 p.m. on R.M. “Red” Stuart Field.