Bogue Chitto’s Ken May is Defensive Player of the Week 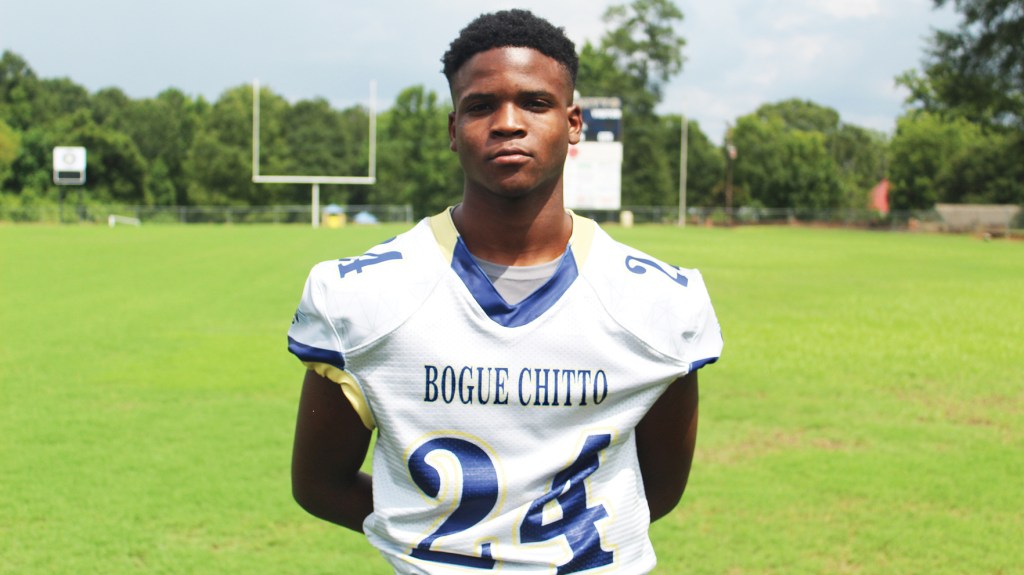 It wasn’t an uncommon play last year that ended the season for Bogue Chitto linebacker Ja Marion “Ken” May.

May was flowing towards the ball against Mount Olive in the second game of the season one second, and down in obvious pain the next.

Knee surgery followed and May spent the rest of 2021 watching from the sideline while propped up on crutches.

The 2022 season has seen May playing with a renewed passion in his return to the field. Friday against Loyd Star in the annual Possum Bowl, he was around the ball on nearly every snap.

May finished with 15 tackles, had two tackles for a loss and recovered two fumbles. For his efforts, May has been named The Daily Leader Defensive Player of the Week.

A junior that can play inside or outside as a linebacker, May stepped up big when his team needed him the most.

Additionally, one of the leading tacklers for BC, senior Deacon Wallace, was out against Loyd Star.

May and his defensive battery mates answered the bell as Loyd Star and Bogue Chitto went to overtime tied at 10-10 in an eventual 17-16 win for the Bobcats.

The Bobcat defense will again be counted on when the Bobcats host East Marion in a battle for first place in Region 7-2A on Friday.

EM is coming off a 56-14 win over Amite County last week.

Senior quarterback Leon Andrews Jr. went off in that win — throwing for 245 yards and six touchdowns on 9-of-13 passing.

Kickoff between East Marion and Bogue Chitto is scheduled for 7 p.m. on Troy Smith Field.