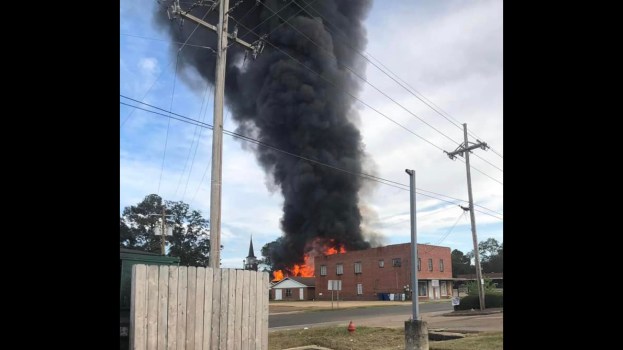 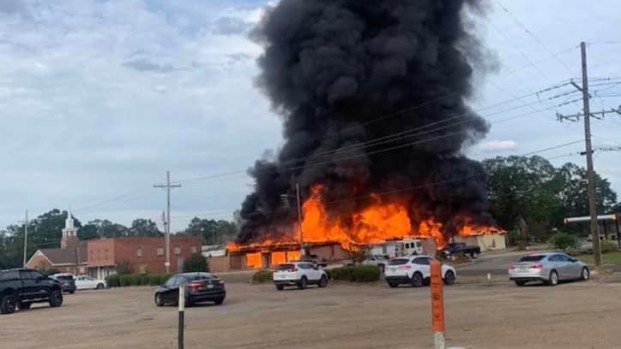 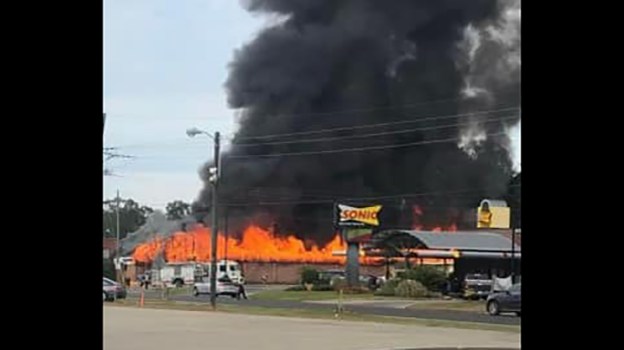 A fire in a former Monticello grocery store quickly took over the entire building Sunday afternoon.

At approximately 4:15 p.m., a fire started in the former grocery store as workers were in the process of salvaging steel. The fire may have started from sparks thrown by a grinder, Monticello Fire Chief Will Boyd said.

“Within 10 minutes, the building was fully engulfed,” Boyd said. “There was heavy fire from the back side on arrival, and pretty heavy smoke showing.”

“Once we were able to bring it down under control, we started to extinguish hot spots,” said Boyd. On Monday morning, some small piles were still smoldering inside the building, he said.

Boyd said the city’s fire department responded with three engines and one tanker, and were joined by an engine from Silver Creek Volunteer Fire Department, two engines from Sontag VFD, and a tanker and three engines from District 3 VFD in Lawrence County.

“It was a massive effort by all of us,” Boyd said.

The building is owned by Reed Capital Investors.

“We had one of our investment properties to catch on fire this evening,” CEO Bernie Reed said in an online statement Sunday. “We want to give a shout out to the Monticello Fire Department, the police department and everyone who were involved in coming together to make sure the surrounding buildings were not damaged. To the fire department, we can’t thank you enough! This could have been so much worse!”