McNickles is The Daily Leader’s Defensive Player of the Week 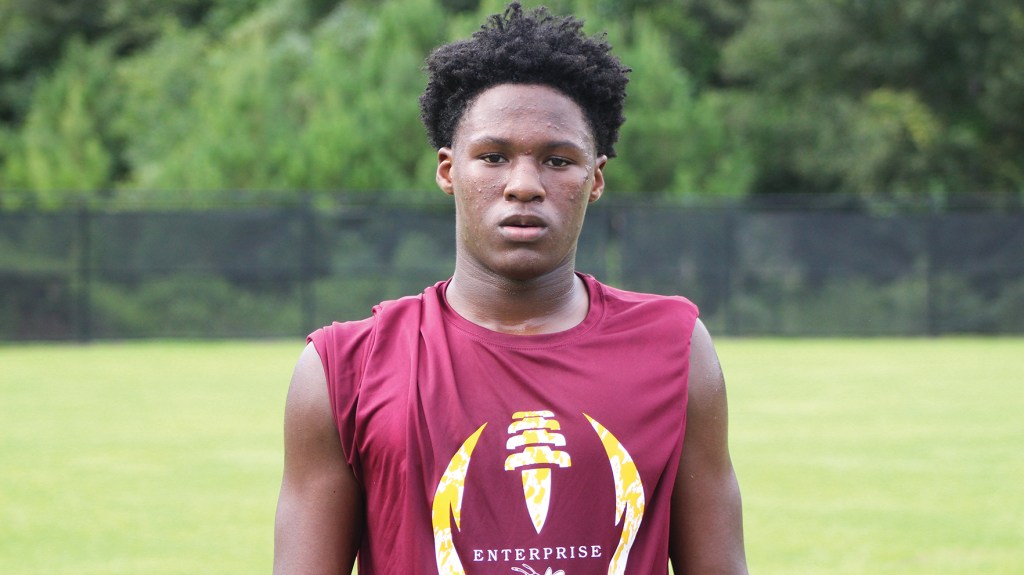 Sophomore Landon McNickles is a playmaker with the ball in his hands for the Enterprise Yellow Jackets.

McNickles made a variety of plays Friday for his team in a 38-28 win over Salem. As a defensive back, McNickles made five tackles and had an interception return that went for 30 yards.

For his strong play, McNickles has been named The Daily Leader Defensive Player of the Week.

A first-year starter at quarterback, McNickles has been a player that EAC coach Trey Woodard has counted on in 2022.

Offensively, he carried the ball 16 times for 155 yards and four scores against Salem. Sophomore running back Daylan Barden joined McNickles in the backfield and rushed the ball 15 times himself for 154 yards and one score.

Earlier this season against Bogue Chitto, McNickles had an interception return go for 65 yards.

His biggest impact has been on the offensive side of the ball though for the Yellow Jackets as they compete in the rugged Region 4-1A.

So far in 2022, McNickles has rushed 86 times for 340 yards and six touchdowns. Before the Salem game, his previous high was 75 yards on 18 carries against Bogue Chitto.

It’s hard not to overstate just how tough the competition is that McNickles and the Jackets face on a night-in and night-out basis.

The defending 1A state champs form Bay Springs sit atop the division with a 4-0 record and a 7-1 sheet overall. Taylorsville, a small school powerhouse, is also 4-0 in region play and is 5-3 overall.

Lumberton, the team that Enterprise will host on Friday, is 3-5 on the season and 3-1 in the division. Resurrection Catholic is the fourth placed team currently with a 2-2 mark in region play and a 5-2 overall record.

Woodard has stressed how his young team needs to learn from its mistakes each week and play better football now at the close of the season as opposed to the start of the year.

The team did that in a 29-12 loss at Richton two weeks ago and will look to keep the momentum going after the win against Salem when they host Lumberton for a 7 p.m. kickoff on Harry Cole Field.