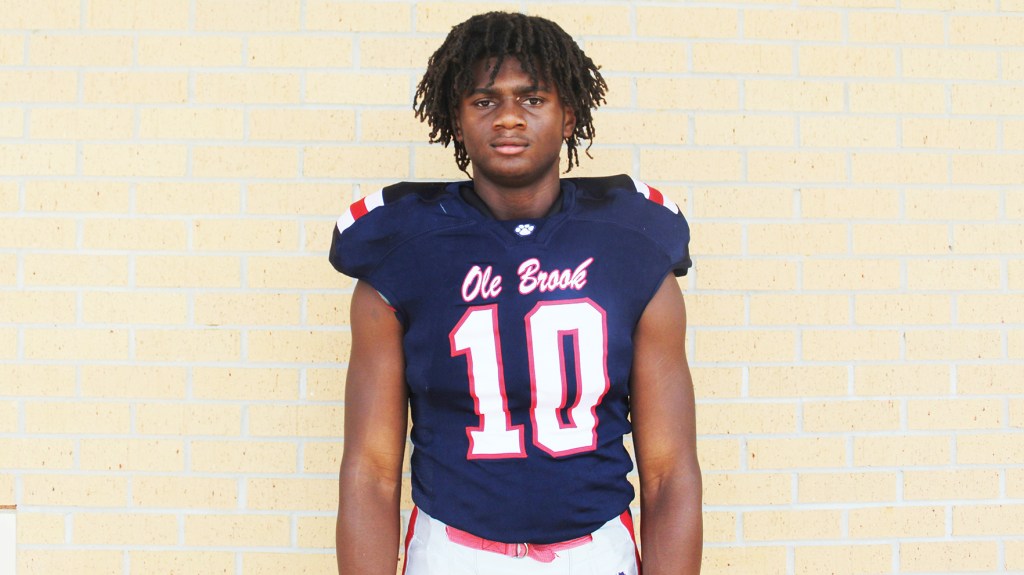 FILE PHOTO Malachi Williams of Brookhaven High is The Daily Leader's Defensive Player of the Week.

Brookhaven High School is looking to end the 2022 football season on a high note when the Panthers host Natchez High (3-6, 1-4) on Friday for homecoming and then South Jones (2-7, 0-5) the following Thursday in the season finale.

The Panthers (0-7, 0-5) are still looking for their first win of the season in a rebuilding year. One constant for the team has been the play of senior linebacker Malachi Williams all season.

Friday, in a 25-14 loss to Florence, Williams was his usual dependable self for the Ole Brook defense. Williams made 13 total tackles, including four for a loss, to lead the Panthers defensively.

For his play, Williams has been named The Daily Leader Defensive Player of the Week.

The best community college football programs in the state are seeking to secure the services of Williams when his high school career soon ends.

A Daily Leader All-Area selection last season, his ability to fly to the football is what sets Williams apart.

Thus far in 2022, he’s made 100 total tackles for coach Tucker Peavey and the Panthers. Ten of those stops have been for a loss and Williams has also forced and recovered a fumble this season.

After being on the road for the last two weeks, expect a strong effort from Williams and his senior class as they look to leave King Field as winners in the final two games of their careers.