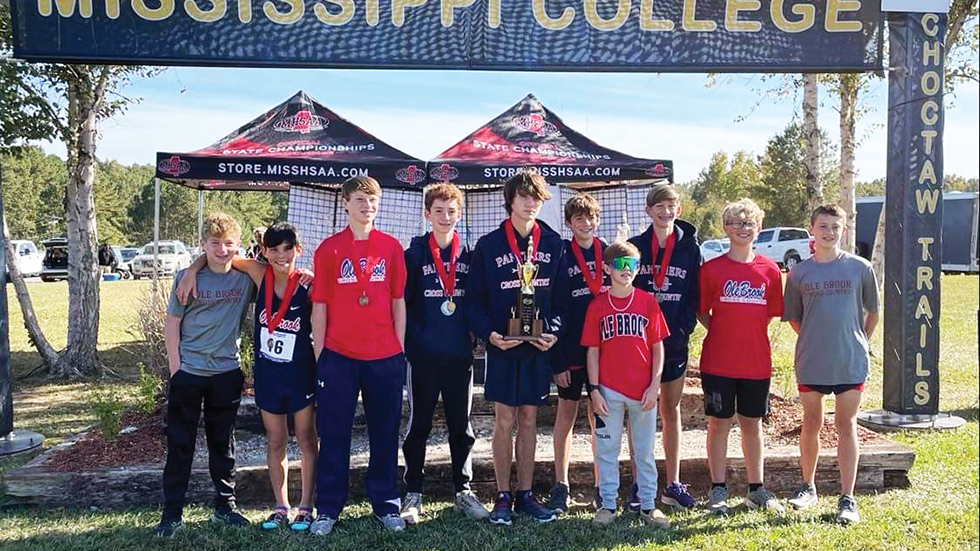 With the eighth graders on the team running a final time in representing Alexander Junior High, the squad won the Medium Sized Schools Division with a dominating performance that had six runners in the top 15 overall.

Eighth grader Cooper Wallace was first overall with a time of 10 minutes and 33 seconds over the 3K course at Choctaw Trails.

Second was Isaac Iles (10:46) of Brookhaven and his brother Ian Iles (10:52) came in as the fifth placed finisher.

Both of the Iles brothers are in eighth grade as is Coelman Knott, who finished in seventh place overall with a time of 11:04. Knott is the son of BHS head cross country coach Shannon Knott.

Eighth grader Cohen Leggett (11:41) finished in 14th place and seventh grader Jeremiah Henning (11:42) was right behind him in 15th place.