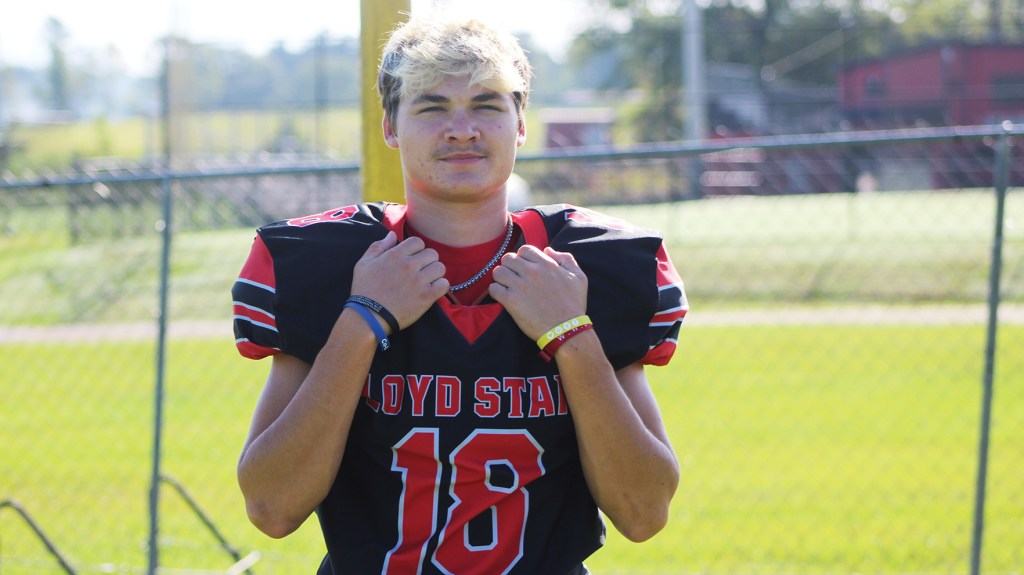 FILE PHOTO Brandon Burt is Defensive Player of the Week.

A junior, Burt stands around 5-foot-10 and weighs in the neighborhood of 160-pounds.

None of that takes in account of how hard he plays on each down for the Hornet defense though.

When the ball is snapped, Burt is locked in to try and find the man with it in his hands and to bring them down by whatever means necessary.

Friday, in a 40-12 win over Amite County, Burt piled up a team best 15 tackles for the Hornets. For his play, Burt has been named The Daily Leader Defensive Player of the Week.

The win locked up the No. 3 seed for the Hornets and coach Bryan Ford and Loyd Star (7-3) will be on the road Friday to take on Collins (3-7) in an MHSAA 2A first round playoff game.

The performance put forth by Burt in the win over Amite County was just a continuation of how he’s played all season for the Hornets.

Burt currently leads the team in total tackles with 74 on the season.

He’s a vocal and emotional leader on the team as his effort is the type that’s contagious among his teammates.

He might make a tackle by using perfect form or he might run through the ball carrier with a cross-body block that looks like something out of a WWE match.

Also, a starter for the LS baseball team, Burt plays in the outfield with the same type of energy and zeal that he brings to the football field.

The winner between Loyd Star and Collins will move to the second round to face the winner of Scott Central (8-2) and Nanih Waiya (2-8).