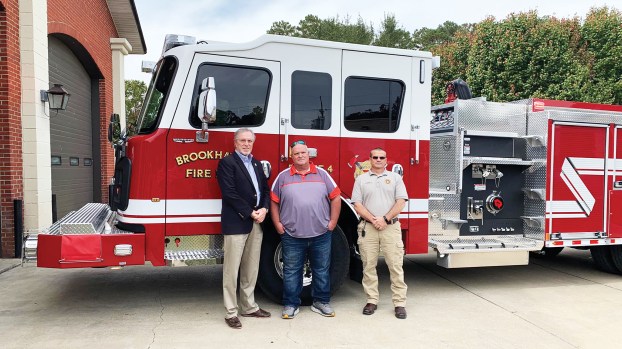 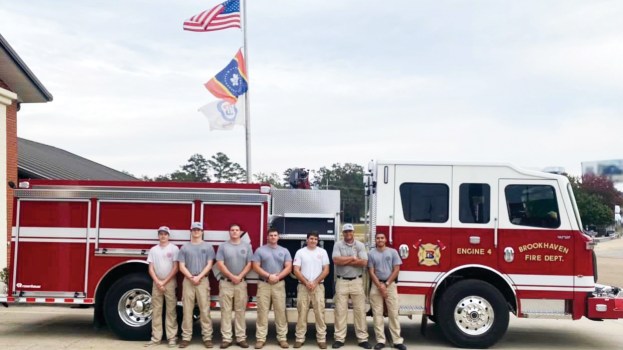 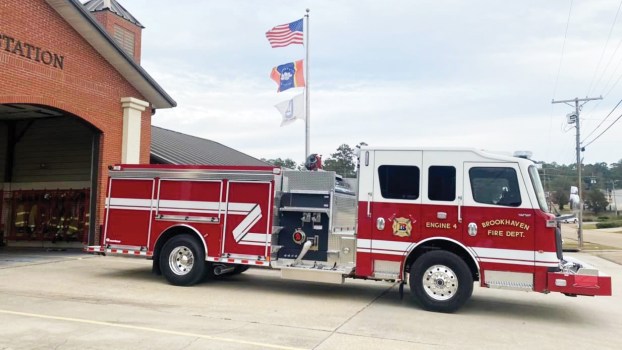 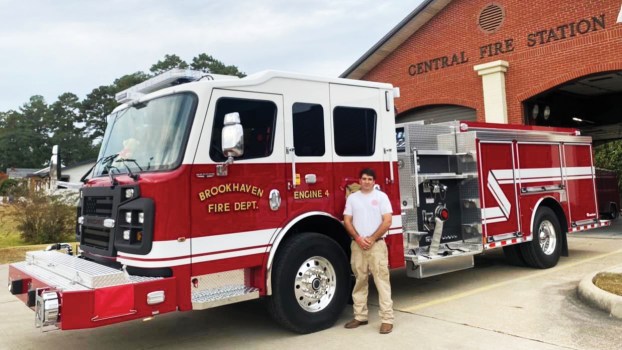 The Brookhaven Fire Department has a new weapon in its fire-fighting arsenal.

A 2022 Rosenbauer fire truck was delivered to Central Station Friday by Donnie Weeks of Bonaventure Fire and Safety, and welcomed by Fire Chief Jeff Ainsworth and BFD firefighters.

The Class A pumper truck holds 1,000 gallons of water and its custom-built chassis is rated to last 20 years. Insurance rebate money comes to the city and county fire departments annually, and is enough to cover BFD’s yearly note on the $570,000 vehicle.

Brookhaven Fire Department has a Class 5 Public Protection Classification fire rating. Provided by the Insurance Services Office, the score reflects how prepared a community and area is to fight fires. It mainly focuses on local fire departments and water supply, but also includes emergency communications systems and fire education safety. The highest possible score is a 1 and the lowest is 10. Fire departments count for half of the score. The lower the number (which is also the higher the rating), the more insurance companies will lower premiums on home owners’ insurance.

Ainsworth said his job as chief is to not only to lead his firefighters in call responses, but also to do all he can to make sure the department maintains its PPC rating, and is working to lower it. The rating is reevaluated every five years.

“We have to do training and keep it documented, provide classes, keep the equipment updated and keep it serviced,” Ainsworth said. “We always need to work to keep and to lower our rating.”

The new truck helps in that aim. Housed at Central Station, it replaces a 1994 engine, and was ready to go 15 minutes after delivery, Ainsworth said.

“It’s maiden voyage was Saturday morning on an alarm call,” the chief said. “It has already made at least seven or eight calls, all alarms.”

The next oldest trucks are Engine 6 and a ladder truck, both purchased in 1997. The 25-year-old ladder truck has been recertified, but E6 is next up to be replaced.

“It doesn’t have a lot of miles on it, but it has a lot of hours. It may not have driven far to get to a fire, but it has run for hours fighting fires, and that puts a lot of wear on the engine,” he said. “It has been tested every year and still meets 100-percent the overload test. But they are only rated for so long, and you have to start having work done and can’t get parts.”

Though his crews are always ready to fight fires, Chief Ainsworth reminds residents that the county is still under a burn ban, with no exceptions other than the Mississippi Forestry Commission.