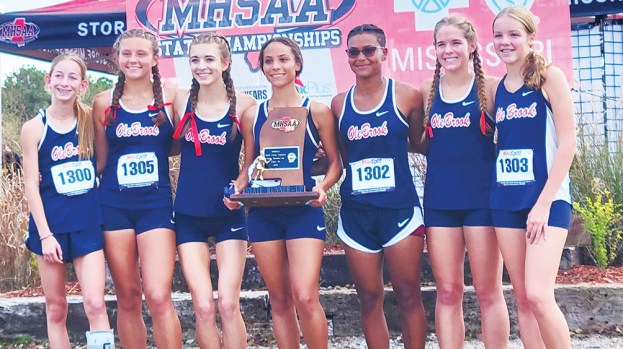 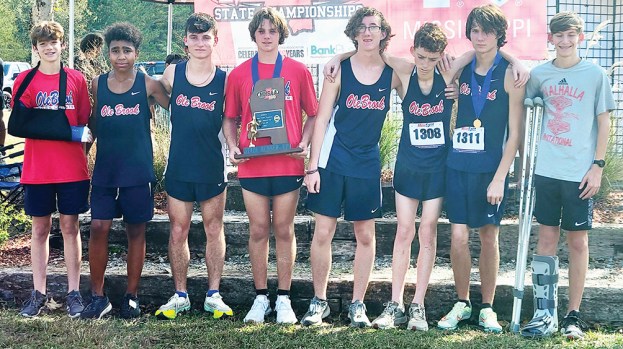 The Brookhaven High cross-country program battled through a mountain of adversity Monday in finishing as the MHSAA 5A runners-up in both the girls and boys state meet on Monday at Choctaw Trails in southwest Jackson.

The teams ran on the 5K course in unseasonably high heat as the entire season had few cool weather races for the athletes to enjoy.

Saltillo High, the running rival for BHS from Lee County, won both 5A titles on Monday.

The Brookhaven High boys’ team won the previous three straight 5A titles and after graduating five senior leaders, head coach Shannon Knott knew the team would be in rebuilding mode this season.
Still, with a strong showing from some young athletes, expect the Panthers to remain in the 5A title mix for years to come, especially since Saltillo High is moving to the 6A class beginning next school year.

Junior Shannon Parker of Saltillo was the first overall finisher on Monday with a time of 16 minutes and 49 seconds.

Eighth grader Cooper Wallace was the top finisher for BHS in 11th place overall with a time of 19 minutes flat. Sophomore Bram Wolfe was right behind his teammate Wallace with a 19:10 finish that earned him 13th place.

Eighth grader Isaac Iles, still feeling the affects of a recent bout with the flu, finished 17th overall with a time of 19:52. Sophomore Charlie Adams was the 19th placed runner with a finish in 20:03 and freshman Isaac Stovall finished in 21st place with a 20:19 time. Freshman Asher Stringer finished in 22:11, which earned him 39th overall.
Collectively, there were 112 runners in the race. BHS edged out Neshoba Central, another school that will be 6A next year, for second place.

“The boys battled through some injuries leading up to today that took out a couple of our top guys (Eighth graders Ian Iles and Coleman Knott),” said Shannon Knott. “I knew it was going to be a rebuilding year, but the young guys really stepped up and the future looks bright for this group of boys.”

Senior Anna Caroline Crouch (20:59) of Saltillo was the first overall finisher in the girls’ race.
For BHS, the first Panther across the finish line was senior Ramie Stovall with a time of 22:59, which earned her 10th place.

Junior Jasmine Robertson (23:43) finished her first cross-country season running for the team with a 14th place finish. Sophomore Natalie McKinney, another newcomer to the program for BHS, finished in 15th place.

Eighth grader Abby Slay nabbed 17th place for BHS with a finish in 24:25 and was trailed closely by her teammate and classmate Isabella Iles in 18th place with a time of 24:34.

There were 95 competitors in the 5A girls’ event.

“After the Watson Invitational earlier in the season, I really thought we had a good shot at winning the girl’s championship today,” said Knott. “After homecoming week though we had four of our top five girls dealing with the flu, so I guess the good Lord had other plans. There was a point when I wasn’t sure if we’d have five girls able to run today to compete as a team, so I’m very proud of how they were able to overcome that and still finish in second place.”