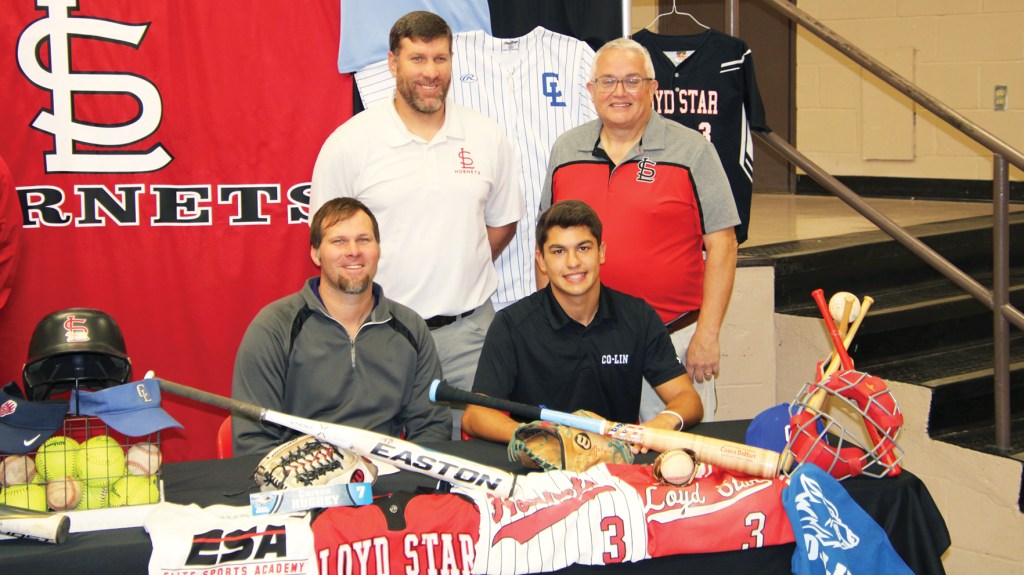 Keeping local talent at home has been a major goal of first-year Copiah-Lincoln baseball coach Adam Chamblee and the Wolves recently took a step in that direction with the signing of Loyd Star senior catcher Casen DeHart.

DeHart inked a letter-of-intent with the CLCC program in a ceremony last week at the school.

Playing ball at Co-Lin is a family tradition as his dad Blair DeHart played for CLCC baseball, his mom Tammy Williford played softball at the school, his aunt Tammy was part of the Co-Lin women’s basketball team and his brother Reece played golf for the Wolves after graduating from Loyd Star.

Blessed with a strong arm, quickness and a competitive nature, DeHart has been a catalyst for the Loyd Star baseball team since he was a freshman in high school.

Last season as a junior for coach Jared Britt, DeHart batted .370 for a 22-8-1 Loyd Star team. He was an MAC First Team All-State selection while driving in 21 runs and hitting 16 doubles.

“Casen is the ultimate competitor,” said Britt. “He’s one of the best players on the field in every game and also the hardest worker — which makes our job as coaches easy. If you see him after every game, you’ll see the guy with the dirtiest uniform. I expect him to be very successful at the next level with his talent and great baseball IQ. Co-Lin is getting a great one in him.”

Co-Lin is scheduled to open the 2023 season on Feb. 10 by hosting Rend Lake College of Ina, Illinois.