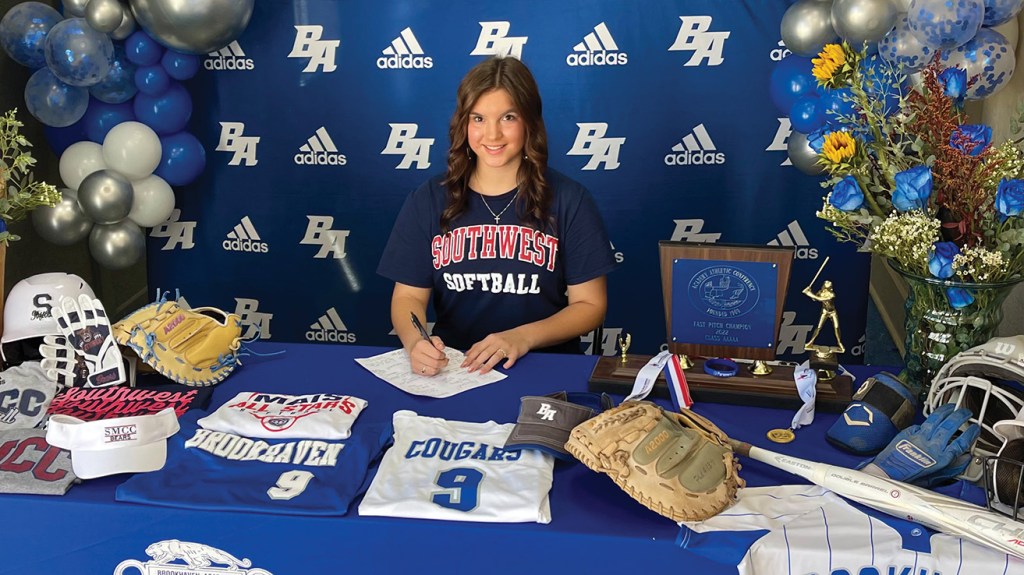 Sasha King helped Brookhaven Academy win a second straight MAIS 5A state title last month with her senior leadership and play behind the plate as the starting catcher.

On Friday morning in a ceremony in John R. Gray Gymnasium, King put pen to paper and inked a letter-of-intent to play softball next year for the Southwest Mississippi Community College Bears.

A captain and one of only two seniors on the roster, King was recently tabbed as an MAIS 5A All-State selection which adds to her previously announced honors of being picked All District 5-5A and being named to the MAIS All-Star team.

A physical presence behind the plate for coach Lisa Covington, King hit for a .347 average at the dish while driving in 24 runs in 2022.

King missed her entire junior season after having major back surgery that left her unable to walk for eight days. Her road back to playing this season and now signing a scholarship is a tale of endurance and hard work.

Even when she couldn’t play last season, King was in the dugout for every game as she chanted, cheered and acted like another member of the BA coaching staff.

“We’re so proud of Sasha,” said Covington on Friday. “She has overcome so much — it’s truly a miracle for her to be back playing. She was a captain and leader for us on the field. He hard work paid off for an outstanding senior season. Her leadership and work behind the plate will be greatly missed and I look forward to seeing her play at Southwest.”