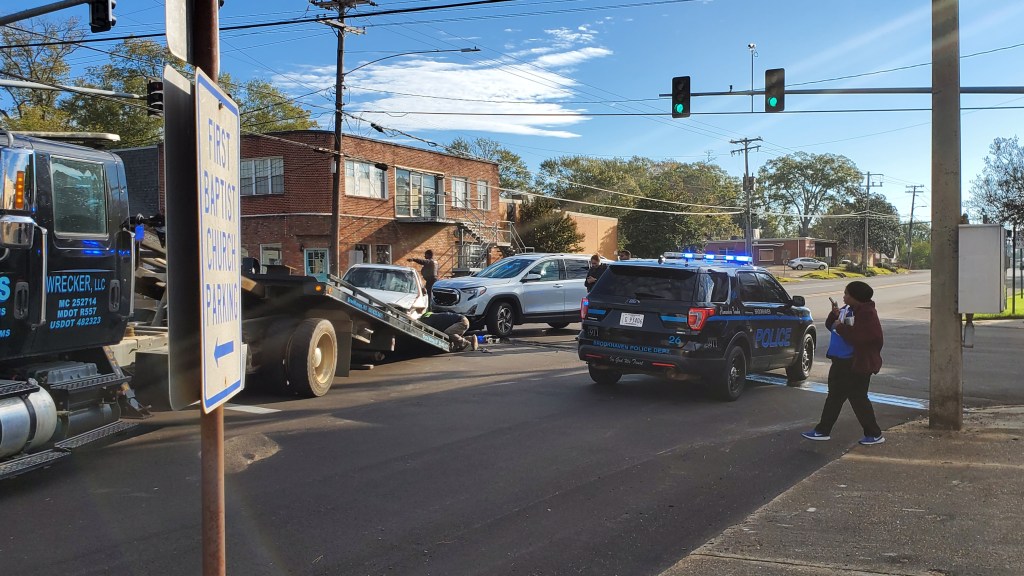 A two-car wreck at the intersection of First and East Monticello streets Monday morning resulted in redirected traffic, but no injuries.

At approximately 8 a.m., two midsized passenger vehicles — one traveling north on First Street and the other traveling south — collided in the intersection as both attempted to turn west.

Brookhaven Police officers responded, as did King’s Daughters Medical Center Ambulance Service. Occupants of the vehicles were assessed, but no one was transported for treatment.

Motorists should exercise caution in the area as the scene is cleared.