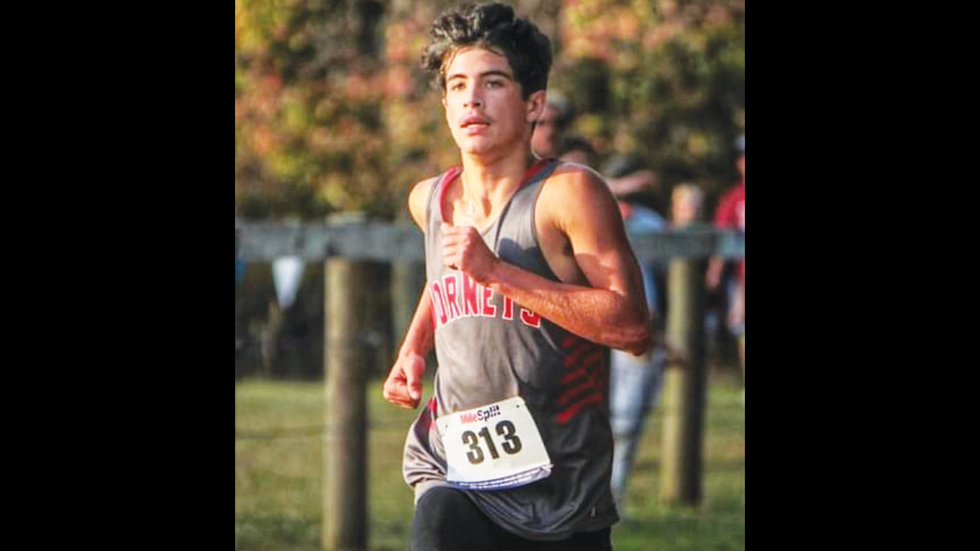 Photo Submitted Loyd Star sophomore Gauge Montgomery capped his first year as a member of the cross-country team by finishing second overall in the recent MHSAA 2A state meet.

Loyd Star sophomore Gauge Montgomery joined the school’s cross-country team this season and ran at the front of the pack for the Hornets throughout the year.

Last week in the MHSAA 2A state meet, Montgomery showed that he’s capable of running at the front of the pack with anyone in the state.

Montgomery finished second overall on the 5K course at Choctaw Trails with a time of 17 minutes and 24 seconds. Senior Gabe McElwain of Walnut High finished in first place with a time of 16:21.

“Gauge not only gave great effort at practice, but he gave great effort away from practice by putting in extra work on his own,” said first year Loyd Star cross-country coach Russell Cruise. “He never shied away from a challenge. His love for running was infectious to several of his teammates.”

West Lincoln sophomore Hayden Skates was the 17th placed finisher with a time of 20:24.

There were 109 runners in the race.

“I’ve been around several good runners over the last few years and Gauge is near the top of that group,” said Cruise. “I’m proud of him and our team and expect big things next year from them. We had runners playing different sports who trained a lot on their own. Cooper Creel would come off the football field on Fridays and then run on Saturdays. Winning district and regional isn’t going to be enough to satisfy this group next year.”