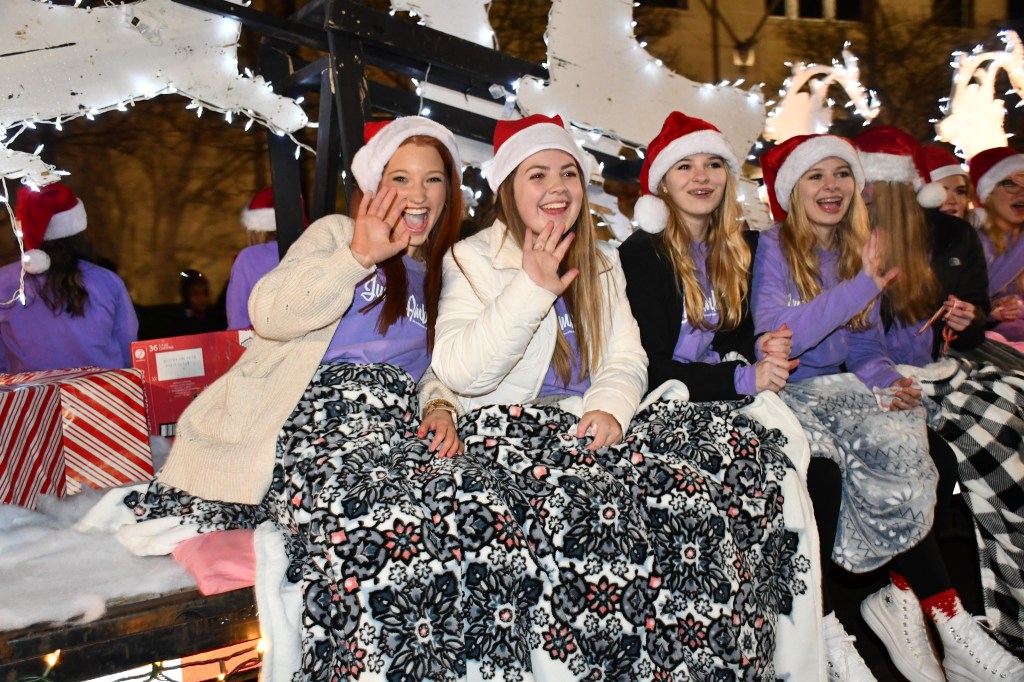 Rumors circulated earlier in the day on social media that authorities were “expecting a mass shooting in town that night” and that “threats have been made to the Chief of Police.”

Assistant Chief Clint Earls, Sheriff Steve Rushing and Mayor Joe Cox all reassured citizens that no threats had been made.

A shared Facebook post claimed “all the city officials” had been in a closed-door meeting, and that “this is serious, otherwise the Chief would not have ask (sic) the sheriff’s help.”

Each year, officers from the Lincoln County Sheriff’s Office — and often officers with Mississippi Department of Corrections and the Mississippi Highway Patrol, who have offices in Brookhaven — join with the Brookhaven Police Department to work crowd control and traffic before, during and after the parade.

Mayor Cox said Thursday the cooperation of both the Brookhaven Police Department and the Lincoln County Sheriff’s Office in assisting with the parade is “simply due to the anticipated high attendance and for no other reason than to be proactive in helping make this a safe community event for all attendees to enjoy.”

“The sheriff’s office is gladly providing deputies to help with the parade, due to it being a large event, and for no other reason than to try to make it a safe event for all,” Sheriff Rushing said Thursday.

A car chase and multiple shootings did occur in Leake County Thursday evening just after the Carthage Christmas parade began. Police were called to a site on Hwy. 16 where they found a man on the side of the road who had been recently shot dead.

Leake County Sheriff Randy Atkinson told WLBT that an injured and bleeding woman was found inside a gunshot-riddled Cadillac Escalade nearby. Another male victim was found in a housing complex 1.5 miles away with a gunshot wound to the leg. Both were transported for treatment.

Sheriff Atkinson said the shootings all appeared to be related, and the fatality may have been a suicide. The investigation is ongoing.

Asst. Chief Earls said incidents such as the one in Leake County are a prime example of why law enforcement does meet together and with the mayor prior to major events like the Christmas parade. Preparation and a strong law enforcement presence can often prevent such an event from occurring.

“We’re just feeling blessed that we had a great, non-violent parade in Brookhaven,” Earls said. “This is why we have security meetings prior to the Christmas parade.”