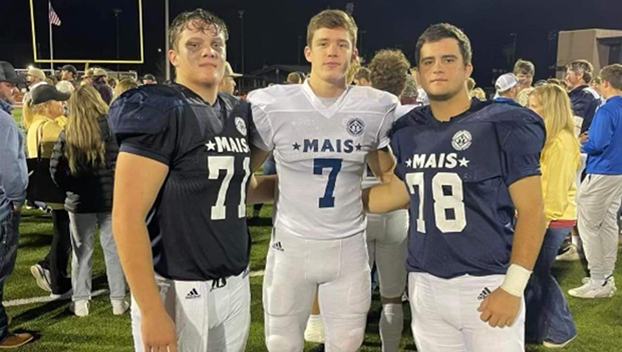 In the 4A-5A-6A All-Star game on Friday, BA had players represented on each team.

Senior linemen Mason Davis and Conner Johnson suited up for the Blue Team while senior wide receiver Trevor Fortenberry played for the White Team in the game played at Jackson Prep.

Davis started at center this season for a BA team that won its district for a second straight season.

A transfer from Lawrence County who played one season for the BA Cougars, Johnson made an immediate impact as a defensive lineman for his new team.

Fortenberry played all over the field for the Cougars in 2022 and scored 24 touchdowns on the season while running the ball, catching passes, returning kicks and playing in the secondary on defense.