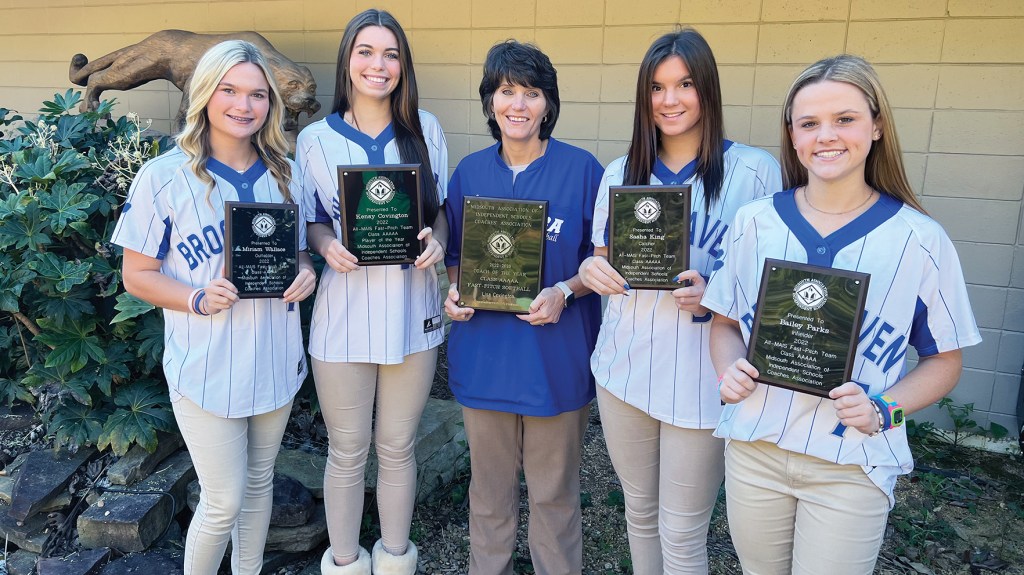 Titles often leads to individuals awards and that’s the case for the Brookhaven Academy softball program.

In October, the team beat Oak Forest Academy in dominating fashion to capture a second straight MAIS 5A State Championship.

Head coach Lisa Covington was recently named MAIS 5A Coach of the Year for her guidance in leading the Cougars to a 25-8-1 record. Covington took over as head coach after being an assistant in 2021.

BA won it’s district but lost in the championship series of the MAIS 5A South State Tournament. The team then got hot at the best time of the year and won five straight games to capture another title.

She wasn’t the only member of the Covington family to secure an award from the MAIS as her daughter, sophomore pitcher Kensy Covington, was tabbed as the MAIS 5A Player of the Year.

Covington was a dominating presence in the pitching circle and a strong bat in the middle of the lineup all season and was one of the few returning starters on the team from the previous title team.

Wallace was also a player that returned with starting experience from last season, and she was an important piece of the Cougar defense as an outfielder.

Parks is a versatile athlete that played as an infielder this season, but who can also catch or play outfield if needed.

King came on to have an outstanding season as the catcher and captain of a BA team that only had two seniors on its roster. She has signed to continue her career next year with the Southwest Mississippi CC softball program.