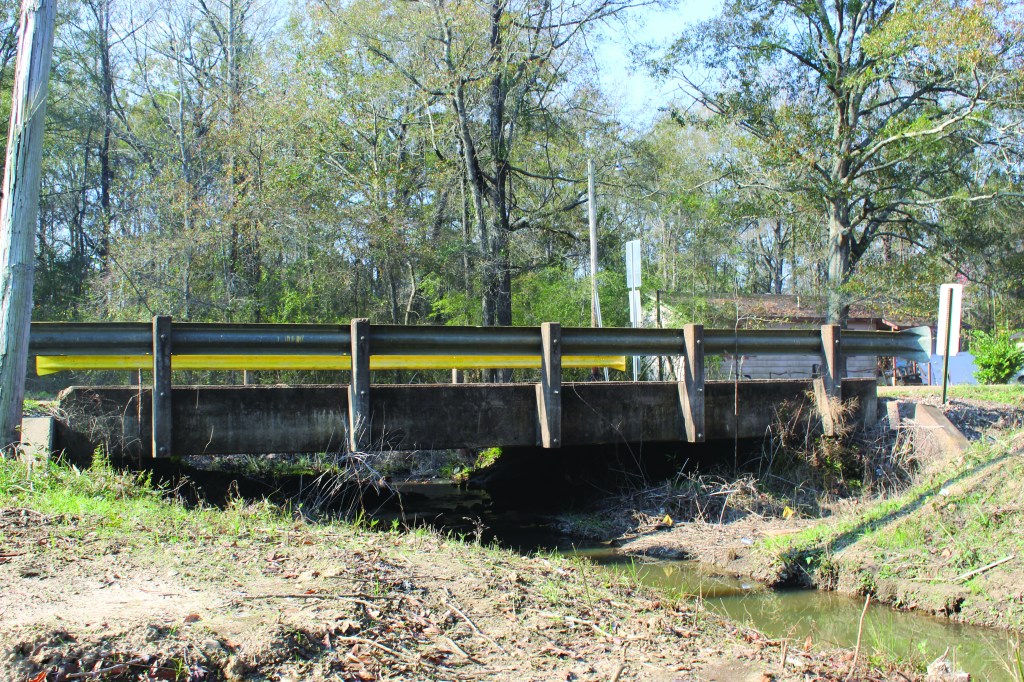 PHOTO BY HUNTER CLOUD Construction on the Brignall Road Bridge is expected to begin after the first of the year.

BROOKHAVEN — Engineers Ryan Holmes and Mike McKenzie gave updates on infrastructure projects in the city at the Brookhaven Board of Alderman Meeting Tuesday night. Holmes is with Dungan Engineering and first presented a map “hot off the press” of adding grave sites to Hillcrest Cemetery near Alexander Junior High.

The plan would add about 2,400 grave sites and could be added to the land already there, Holmes said. He explained they located what is currently in the cemetery and calculated the figures based on how many more graves they could add.

“We didn’t identify each grave. We looked to see where we could add on based on the blocks,” Holmes said. “Blocks and lots are broken up. Most cemeteries have a block and so many graves. The best way to do it is to find the four corners of the block and get the individual graves. Marking each grave I don’t think you want to go to that extent because grass grows over markers and it gets hard. We have talked about a better way to mark it.”

Ward 3 Alderman Charles J. Caston Sr. asked Holmes if there was any more land they could purchase for the cemetery. Holmes explained the woods behind the cemetery were owned by the city. They could try and figure out how long the 2,400 graves would last before they looked at expanding to the woods.

Holmes additionally gave an update on the Brignall Road Bridge. A contractor can start on the project but they are waiting until the new year.

“We don’t think it is wise to close down that bridge this close to the holidays. We also know we can’t complete it before the holidays because contractors usually shut down around Christmas,” Holmes said. “We want to hold off until January. It doesn’t make sense to close it down and inconvenience anyone. I will get a more updated date for it at the next meeting.”

McKenzie with WGK gave an update on the Brignall Well at the request of Ward 1 Alderman James Magee Jr. He said until there was more funding to rehab the well they would not make any more progress on the project.

“It would take north of $500,000 or more to finish it. We have a block grant we asked for that will go towards the sewage system. It would be two years before we can apply for another block grant,” McKenzie said.

Alderman-at-large Don Underwood said there were a couple of recommendations he had for the board. One of which was to find a grant writer. It is a topic of discussion which has previously been brought up at past meetings but he urged the aldermen to think about someone they know and at the meeting in January get to work to find someone to write grants.

“My fear is in a year we will still be talking about needing to do it,” Underwood said. “Let’s make some kind of decision. We are always talking and asking if we have a grant or not.”