Griffin, Boyte of Brookhaven Academy are headed to Co-Lin baseball 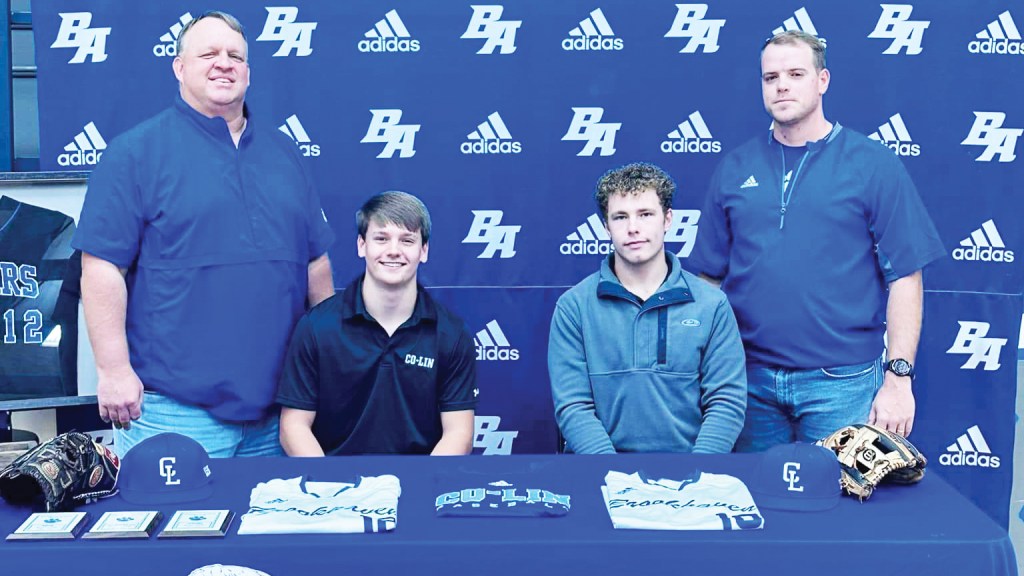 Brookhaven Academy seniors Judson Griffin and Easton Boyte both joined the Wolf Pack last month and the pair were recently honored in a ceremony at the school.

Griffin and Boyte inked letter-of-intent in November to play baseball at Copiah-Lincoln CC next year.

A left-handed pitcher, Griffin went 8-4 last season on the mound in 13 starts. He had a 1.92 earned run average and struck out 82 batters for a BA team that finished 26-11 in 2022. Griffin played corner outfield when not pitching and drove in 16 runs at the plate for coach Caleb Upton.

“Judson is a kid that has been a glue for our program since I have been here and his signing to continue his career is no accident,” said Upton. “He has relentlessly pursued this goal of signing for years and has done it all the right way. I can’t be more proud of him.”

Boyte has done a little bit of everything during his time at the varsity level for the Cougars as a pitcher, catcher and corner infielder.

Last season as a junior, he batted for a .368 average and drove in 36 runs. In 2022, Boyte smacked five doubles, one triple and four homeruns while also striking out 52 batters in 59 innings on the mound.

“Easton is another kid that has set the winning and hard-working tone that’s present in our program,” said Upton. “He has absolutely done all that he can to maximize his talent and will certainly continue to raise his ceiling. I am super proud for him and excited to see his hard work culminate in the opportunity to play college baseball.”