1 teen dead, another shot, a third in custody — Police search for 3 others in deadly weekend shooting 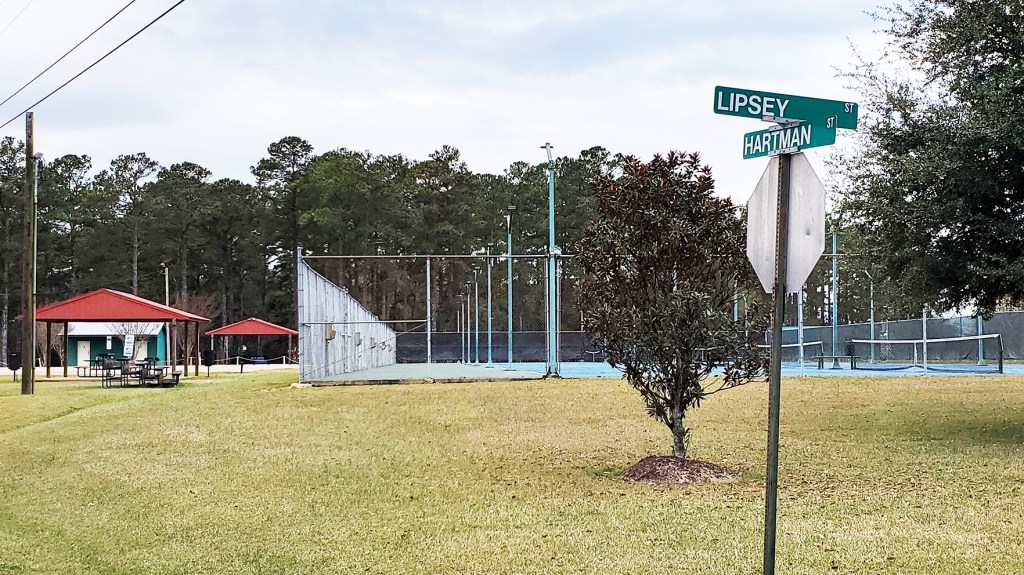 PHOTO BY BRETT CAMPBELL The intersection of Hartman and Lipsey streets, where the City Park is located.

Two teenagers were the victims of gun violence this weekend in Brookhaven, leaving one dead.

At approximately 7:40 p.m. Saturday, police received a call of gunshots at the City Park on Hartman Street behind Lipsey Middle School. Upon arrival, officers found two subjects, including one who appeared to have already succumbed to his wounds.

Police Chief Kenneth Collins identified the victim as a 16-year-old. Another teen, age 18, had received gun shot wounds and was transported by ambulance to receive medical treatment. A detective visited with him Sunday and said he appeared to be doing OK.

Collins said a 16-year-old is in custody and has been charged with murder and aggravated assault. Police are looking for three others — believed to be ages 12 to 16 — whom they have already identified.

“My heart and prayers go out to all the families involved, especially to the family of the victim, his parents and grandparents,” Collins said. “I know the pain must be unbearable.”

“One brave parent brought their child in, and we’re looking for three more. We know who they are,” the chief said. “I’m asking the parents to bring them to the station. You know they’re involved by now. I need them to come in and give their statements so we can get to the truth of this.”

Collins asked the community for their prayers for the families, as well as increased vigilance over their own children.

“Please know where your kids are, and monitor their social media pages,” he said. “Some are affiliated with gangs, and are posted photos with large weapons. Know who your children’s friends are. I’m asking for your help to keep our kids and community safe. I say this with condolences to the Jones family and with a heavy heart.”

Collins urged the individuals involved not to hide or try to conceal evidence. If such actions can be proven in court, arrests will be made and charges filed.