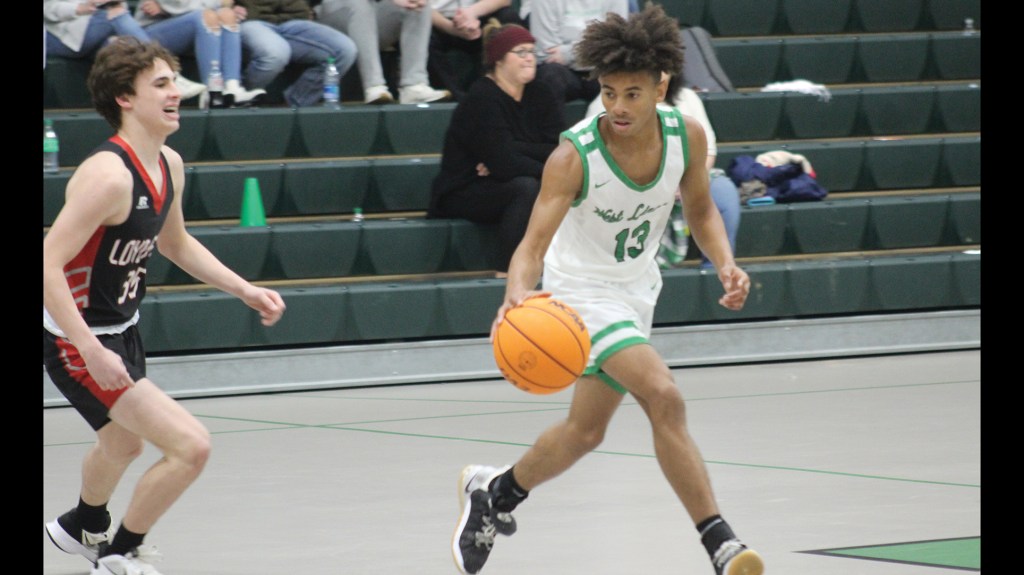 The Loyd Star boys’ basketball team jumped out to a 7-0 lead Monday in Jack Case Gymnasium and never looked back on the way to a 59-23 victory over the homestanding West Lincoln Bears.

The Hornets (9-4) got their first Region 7-2A win of the season with the victory. Last year the Hornets finished as runners-up in the region behind Amite County.

This year the boy’s region race should be tighter as Bogue Chitto, East Marion, Amite County and Loyd Star all figure to be in contention for first place.

A basket by senior guard Tristin Rollins got West Lincoln on the board with four minutes left in the first quarter. The bucket made the score 9-2, but the Bears, under the direction of second year head coach Jay Case, kept plugging and tightened the game up early in the second quarter.

A layup by sophomore guard Jai’Juan Fells cut the Loyd Star lead to 16-12 just two minutes into the second quarter.

The Hornets buckled down though and ended the quarter on a 12-0 run to lead by a 28-12 score at halftime.

The Bears (1-9) were coming off their first win of the season, a 61-20 victory over the Mississippi School for the Deaf last week.

The season started with plenty of excitement for Case and his team as they returned some experienced guards that were expected to lead the team.

“We actually outscored Loyd Star when we played them in a pre-season jamboree,” said Case. “We’re down three starters from that game though. My guys are still working every day. We’ve just got to keep focusing on fundamentals and trying to get better every day.”

Case had one starter transfer, and another suffer a season ending injury since the jamboree.

Taylor was recruited off the football field and the 6-foot-4, 270-pound offensive lineman is making a difference with his size in the paint.

Against Loyd Star, Taylor rebounded the ball with aggression as he showed a willingness to bowl over smaller player that got in his way.

A free-throw by Loyd Star senior guard Julius Smith with 2:40 left in the third quarter triggered a running clock as the Hornets led by 35 points at that point — 50-15.

Smith finished with nine points as did LS senior guard Blake Thornton. Thornton hit three 3-pointers in the first half.

The Hornets will get a good gauge of where they stand after Christmas when they take on Lake High and Puckett in the Puckett Holiday Tournament. Both schools play in the 2A classification like Loyd Star.

Taylor and Fells West Lincoln with six points each in the loss. Sills added two points and Rollins chipped in three points. Eley scored two points as well as did Caden Seay and Elijah Marshall.