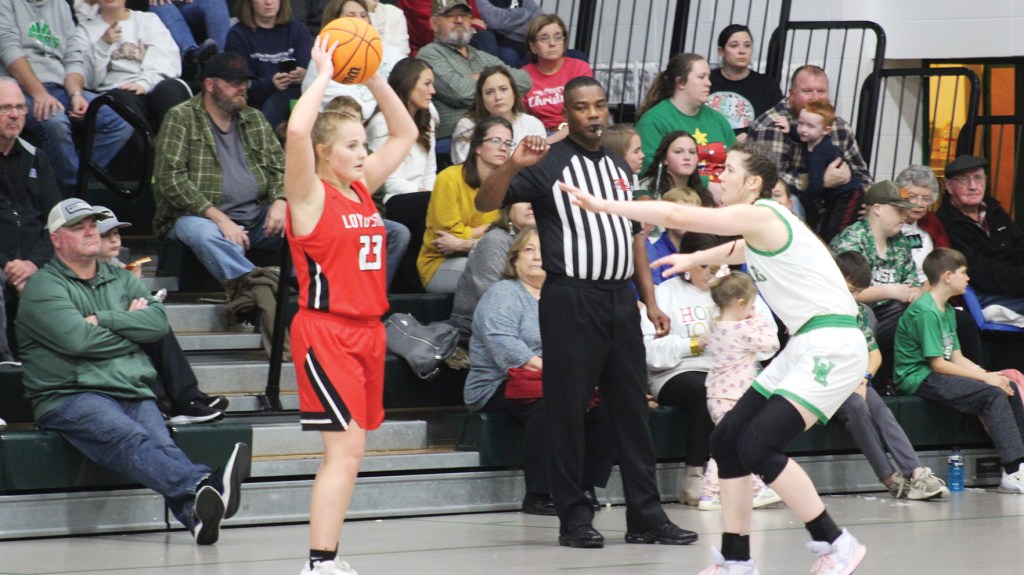 The visitors from Loyd Star did what they could to slow down West Lincoln senior guard Kara Beth Addison on Monday in Jack Case Gymnasium.

The Hornets face-guarded Addison to deny her possession of the ball and even had two defenders guarding her at times.

Addison battled through the extra attention to get her hand on the ball plenty in an eventual 68-29 win for West Lincoln over the Hornets.

West Lincoln owned the game when it was played close to the rim as Addison and fellow senior Ty’Kyla “Moosie” Brothern ate up Loyd Star on offensive putbacks and layups that came from dribble penetration.

Brothern scored a game high 22 points while Addison chipped in 20 points of her own.

The duo also leads the team in experience as both became varsity contributors as freshmen.

West Lincoln is seeking a sixth straight Region 7-2A championship this season as the streak began under former head coach Brooks Smith and continued last season when current coach Alissa Adams took over the program.

West Lincoln is now a combined 39-4 in region play during that stretch and will jump back into division action on Jan. 6 when they play at Bogue Chitto.

One change Adams brought to the program when she took over was more possessions playing man-to-man defense for West Lincoln.

Monday, the defense was smothering early as the bigger team of Bears ate up space on the court, talked through any screens and gave Loyd Star few options on where to go with the ball.

When West Lincoln does go to a full-court of 3-quarter court press, that’s when Addison shines the brightest as a defensive disruptor.

She ended the second quarter with a steal and layup that made the scored 30-14 for West Lincoln at the break.

By the time Addison again beat the buzzer with a steal and a layup to end the third quarter, the Bears had grown that advantage to 51-20.

“We started a little slow tonight and maybe some of that is playing our county rivals,” said Adams. “We settled in during the second quarter though and I was happy with the effort my girls gave.”

Last season, West Lincoln made the MHSAA 2A semifinals and returned the entire roster from a 20-9 finish.

This season, West Lincoln is 12-1 overall thus far with their lone loss coming by a 58-50 final on Nov. 10 at Madison-Ridgeland Academy.

The five starters for West Lincoln — Addison, Brothern, Hall, Johnson and Madilyn Case are all seniors as is the first sub off the bench, Young.

Junior Preslee Rushing added four points off the bench. Rushing has stepped into the rotation this season along with junior guard Gabrielle Evans.

“Mary Claire usually shoots it well from outside for us, but tonight she missed some open shots,” said Adams. “She kept working and playing hard and Ta’Kyla stepped up and gave us some big baskets off putbacks. The thing that makes this group special is they don’t care who scores the points, they just want to win together.”

Loyd Star will play in the Puckett Holiday Tournament on Dec. 28-29.