Bowl season musings from the desk of the sports editor 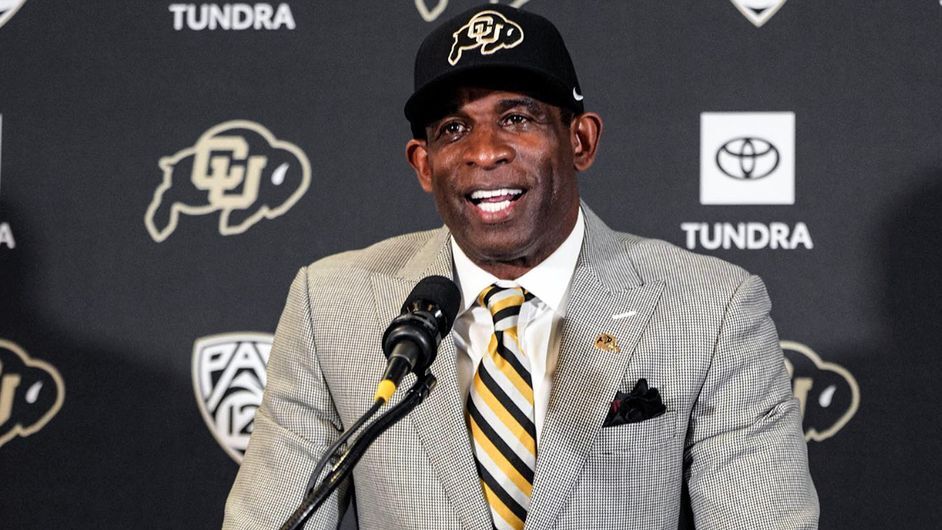 PHOTO BY BUFF SPORTS INFO New University of Colorado head coach Deion Sanders will hope to replicate the success he achieved at Jackson State with the Buffaloes in Boulder.

Behold, some thoughts on the 2022 College Football Bowl slate thus far — written while watching the New Orleans Bowl start the second quarter at 9 p.m. and knowing there is no way I’ll see the end of this one live.

It’ll be hard to count out Coach Prime at Colorado

When JSU hired NFL Hall of Famer Deion “Coach Prime” Sanders to be the head football coach at the school in 2020, I didn’t really have any strong opinions or ideas on how I thought that marriage would go.

Instead, I just assumed that it would be a fun ride to watch, for however long it lasted.

And it was a fun ride, a ride that lasted until earlier this month when Sanders took over as head coach at the University of Colorado.

In finishing 27-6 overall during his time at JSU, Sanders kept the promises he made when he took over the program.

Prime said he’d bring in better players via his recruiting efforts and that happened.

He’s taking some of those players with him to Colorado. When the early signing period started on Wednesday, the Buffalos announced the signings of offensive lineman Tyler Brown, defensive back Travis Hunter and quarterback Shedeur Sanders — all transfers from JSU.

Who and how many more former Tigers will join Sanders in Colorado is yet to be seen, but the cupboard isn’t going to be completely cleaned out for new JSU head coach T.C. Taylor.

Prime said he wanted to get the Tigers back to competing for championships and that happened as Jackson State won back-to-back SWAC titles and put together a dominating run through the league over the last two years.

John Hendrick, the coach before Sanders, went 6-9 during his time at the school and he was preceded by Tony Hughes, who went 9-20 at Jackson State.

Before Hughes, Harold Jackson had a combined record of 6-11 as the head coach at JSU.

The program was last at a SWAC championship level during the run that Rick Comegy had at the school, a time where the Tigers went a combined 55-35 from 2006-2013.

Prime also said he’d use his fame and success to get eyes on the JSU program and again, he delivered.

Snoop Dogg was on the sidelines regularly, 60 Minutes came to Jackson to film a segment and ESPN College Gameday came to the campus to broadcast before a game.

Did Sanders win all those SWAC games by himself?

Absolutely not, but if JSU had gone 23-3 like they have over the last two years — if they had done that without Coach Prime as their head coach — 60 Minutes and ESPN likely would have never come calling.

And now Sanders has the job of drumming up interest in Boulder for Colorado Buffalo football.

Jackson State football is more than just one man, though.

If you grew up in southwest Mississippi and kept up with sports in the late 90s, then you knew who Top Cat Taylor from South Pike was back then.

Taylor was an outstanding athlete in any sport he took up. He went to Jackson State and played quarterback and wide receiver for the Tigers during a decorated college career.

The players at JSU wanted Taylor to be their next head coach and he’s already hit the ground running as JSU announced 14 signees on Wednesday when the early signing period began.

North Carolina Central made sure Sanders left JSU on a losing note by beating the Tigers 41-34 in the Celebration Bowl on Dec. 17 in an overtime thriller.

NCC head coach Trei Oliver had great fun while gloating over the win for his program. Oliver said that Sanders didn’t communicate at all with him in the buildup to the game between their respective programs.

NCC felt disrespected by Sanders and Oliver got in a few final digs during a season wrap up press conference on Tuesday.

“I will say this right here, Colorado probably could have got me for half the price,” said Oliver, alluding to the $5.9 million per season that Sanders is getting from the University of Colorado. “So, I don’t know if the ink is dry on the contract, because I know they had to wait after the game, but Colorado, if you’re having any second thoughts, contact my agent.”

If you drive under the eastern side of M.M. Stadium on the campus of the University of Southern Mississippi in Hattiesburg, there are banners commemorating some of the all-time great players, teams and wins in program history.

When the banners are next updated, the powers-that-be in Hattiesburg need to put running back Frank Gore Jr. on one of those displays.

If he never gains another yard as a Golden Eagle, Gore Jr. needs to be forever celebrated as an all-timer at Southern Miss.

There were plenty of times that it looked like Rice would get the best of the Eagles when the teams met on Dec. 17 in the LendingTree Bowl.

Gore Jr. kept putting his team on his back on play after play as the Eagles rode a late wave of momentum to a 38-24 win.

The collective world of college football was in awe of the performance put on by Gore Jr. as highlight-shows led with his play and a now viral interruption of his postgame interview by an overeager aunt.

“Auntie, CHILL,” says Gore Jr. as he pushes his jubilant relative out of the camera shot.

His 329 yards rushing were not only a school record, but an all-time record for a college football bowl game, so one can excuse auntie for getting a little crunk.

The son of NFL standout running back Frank Gore Sr., the younger Gore signed with Southern Miss ahead of the 2020 season.

He played for three different head coaches in 2020 as Jay Hopson resigned and was replaced by Scotty Walden who then resigned himself before being replaced by Tim Billings.

The Eagles finished 3-7 that season and then were 3-9 in 2021 in the first year of the Will Hall era at the school.

Technically a sophomore since everyone got a free year of eligibility due to COVID-19, Gore Jr. broke out for 1,382 yards rushing this season and scored a career high nine touchdowns on the ground.

It’s a sad indictment of the times that as soon as Gore Jr. finished his historical night, many USM fans were ringing their hands, wondering if he’d next run to the transfer portal and an opportunity to play for another, bigger program.

There is no word yet on if Gore Jr. will be back in Hattiesburg in 2023, but as a fan and alum of the school, I’m cool with whatever decision he makes for himself.

The whole transfer portal and NIL market feel like a wickedly inflated housing market that’s about to burst like an overblown bubble.

There are reports that UNC quarterback Drake May has not one, but two $5 million NIL offers from schools that are trying to entice him to transfer to them ahead of next season.

I mean, c’mon — this is all starting to feel stupid and crazy.

My greatest hope as a fan is that A. Frank Gore Jr. comes back to Southern Miss and B. The Eagles finally figure out their quarterback conundrum under Hall.

Lowe led the team to the win in the bowl game by splitting reps at the position with Gore. He threw five touchdown passes and two interceptions in seven games and has battled injuries during his career.

Keyes was thought to be the heir apparent at the position when he signed with Hall and his staff out of Taylorsville High, but he’s also had a hard time staying healthy.

Wilcke attempted a team high 179 passes and threw for eight touchdowns and nine interceptions this season. Lange joined the program as a walk-on but has filled in as a starter on multiple occasions during his two years at USM due to injuries decimating the position group.

Building further depth in the quarterback room and having a clear starter established after spring camp will likely be two of the biggest boxes for Hall and his staff to check ahead of next season.

Ole Miss and MSU up next on bowl schedule

Ole Miss and coach Lane Kiffin will see if they can move on from an Egg Bowl loss and the hoopla that surrounded the program with his rumored interest in the Auburn job as they take on Texas Tech in the Texas Bowl on Dec. 28 at 8 p.m.

Kiffin wore a maroon necktie on Tuesday when he attended the memorial service for Mike Leach that Mississippi State hosted in Humphrey Coliseum.

With Kiffin and the Ole Miss delegation was former Co-Lin wide receiver Malik Heath. Heath suited up first for MSU, before transferring as a graduate and starting in 2022 as a wideout at Ole Miss.

Heath was part of one of my favorite all-time moments.

A brawl broke out on the field and Heath was in the middle of it, kicking a Tulsa player as he ran past in an fight that went from one end of the field to the other.

Where was Leach when all this was going down?

On the opposite side of the stadium, smiling for pictures with fans in the stands. Either oblivious to the fight or just uninterested, it was classic Leach.

Former Oklahoma head coach Bob Stoops praised the Mississippi State team at the memorial service for deciding to honor Coach Leach by playing in their bowl game on Jan. 2.

That’s exactly what Leach would want, was what Stoops echoed to the players about their ReliaQuest Bowl matchup with the University of Illinois.

The game will be fittingly played at Raymond James Stadium in Tampa Bay.

As the home of the Tampa Bay Buccaneers, it’s the only NFL stadium that has a pirate ship as a prominent part of its design.