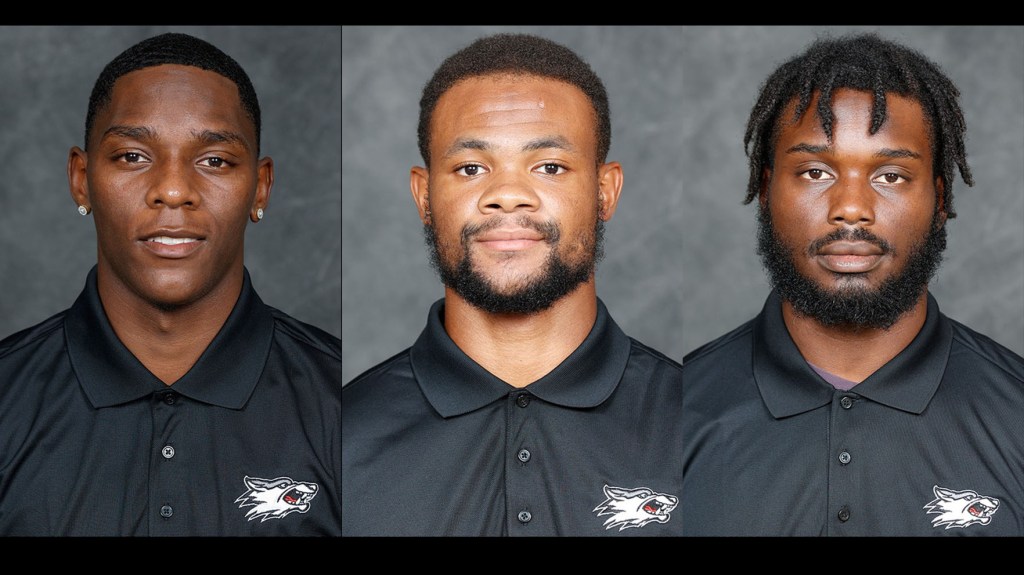 The 2022 Early Signing Period for NCAA football teams began on Wednesday and as usual, Copiah-Lincoln football coach Glenn Davis and his staff had several recent graduates to ink with four-year schools.

The biggest benefactor of the talent on Co-Lin’s roster in 2022 was the University of Southern Mississippi.

Second year Southern Miss head coach Will Hall announced the signing of three Wolves as the Eagles already had three CLCC alums on their roster in 2022.

Henderson is the second Canton High alum to go from CLCC to Southern Miss as a wide receiver as Antoine Robinson followed the same route in 2019.

Henderson spent three years in Wesson as he first played in the COVID-19 shortened 2020 season that saw CLCC only hit the field for three games before cancellations due to the virus ended the season early.

McNeal came to Wesson after a decorated career at Choctaw Central High School.

The Ackerman native picked off three passes as a freshman in 2021 and nabbed another three interceptions in 2022 to earn a spot on the All-MACC All-South First Team. Two of his interceptions this season were returned for touchdowns.

Sims was a tackling machine this season for the CLCC defense.

He initially signed with the University of Memphis after graduating from Fultondale High in Birmingham, Alabama.

In 2019, he redshirted as a freshman for the Tigers and played in one game, in the Cotton Bowl against Penn State. He then played in 2020 and 2021 at Memphis, appearing in three games in 2020 and 12 games the next year.

Using his extra year of eligibility due to COVID-19, he transferred to Co-Lin as a redshirt sophomore and made 74 tackles this season for the Wolves, including 10.5 tackles for a loss.