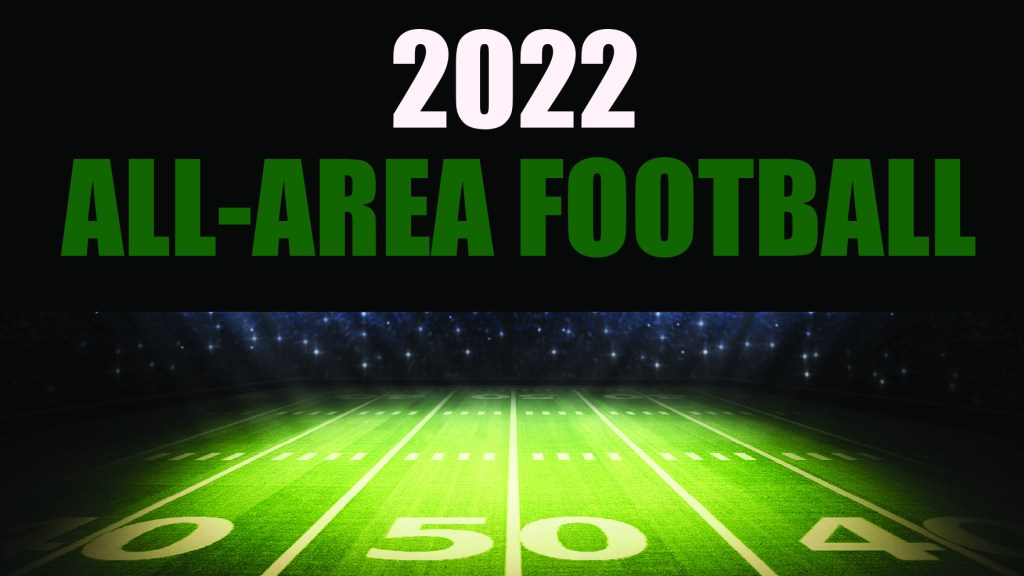 A junior quarterback, Cato gives the Lawrence County fans a jolt of excitement when the ball is in his hands. In his first season as the starting signal caller for coach Jesse Anderson, Cato went 14-of-29 passing for 254 yards. He tossed four touchdowns and scored another 15 rushing touchdowns. On the ground, Cato ran for 644 yards rushing on 75 carries and averaged 8.6 yards per carry for a team that finished 7-3. Also, a standout baseball player, Cato was a DL All-Area selection last season as a defensive back.

A senior quarterback, Frith was the gritty heart of Bogue Chitto football in 2022. Frith consistently bounced up from big hits dished out by opposing defenses to lead his team in both passing and rushing. Frith went 57-of-117 passing for 831 yards and seven touchdowns. On the ground, he ran for 376 yards rushing on 91 carries and led coach Gareth Sartin’s team in rushing touchdowns with seven. Frith is a repeat DL All-Area selection and was picked for the All-Region 7-2A team after BC finished second in the region with a 7-4 overall record.

A senior quarterback, Helton had an epic season after transferring to Brookhaven Academy to run the offense. He went 88-of-148 passing for 1,410 yards and 16 touchdowns through the air. On the ground, Helton got 138 carries for 1,074 yards and 13 touchdowns. A transfer from Lawrence County, Helton earned All-District honors in leading coach Anthony Hart’s BA team to a MAIS District 4-4A title and an 8-3 record.

A sophomore quarterback, McNickles grew in comfort throughout his first season as the starter under center for Enterprise. Playing in the toughest 1A region in the state, McNickles went 53-of-125 for 734 yards and five touchdowns through the air this season for coach Trey Woodard. On the ground, he gained a team best 455 yards on 110 carries. McNickles used his strength to score nine touchdowns on the ground for the 1-9 Yellow Jackets.

A senior running back, Ford capped his career with a 1,000-yard season to lead the Loyd Star offense. The son of Loyd Star head coach Brian Ford, he ran for 1,232 yards on 144 carries in 2022. Ford battled through a pre-season injury to lead the Hornets with 17 rushing touchdowns while earning All-Region 7-2A honors for the 7-4 Hornets. He was also the top pass catcher on the team, making 16 catches for 343 yards. Ford is a repeat DL All-Area selection.

A senior running back, Smith was again a physical presence when carrying the ball for Loyd Star this season. Working as a wing-back in the Hornet’s double wing attack, Smith rushed the ball 111 times for 703 yards. With defenders often bouncing off him, Smith scored 15 touchdowns for coach Brian Ford and the Hornets (7-4). An All-Region 7-2A selection, Smith was also named to the DL All-Area team as a junior.

A junior running back, Thomas burst onto the scene as an offensive weapon for Lawrence County this season. Playing wing-back in the vaunted Cougar rushing attack, Thomas got 80 carries for 657 yards this season. Often running to the wide part of the field where his speed was most apparent, Thomas scored six touchdowns for coach Jesse Anderson and the LC Cougars (7-3).

A senior wide receiver, Fortenberry did it all for Brookhaven Academy this season to lead the Cougars to a second straight district title. A MAIS All-Star and MAIS 4A-All State selection, he caught 47 passes for 933 yards and 12 touchdowns for the Cougars (8-3). Fortenberry also scored 11 times on the ground as he rushed 38 times for 334 yards for coach Anthony Hart’s team. Fortenberry has also been named to the All-Area basketball team and was a DL All-Area pick last season as a junior receiver.

A freshman wide receiver, Johnson is already receiving major recruiting attention after two years as a starter for Wesson. In 2022, he caught 60 passes for 1,026 yards and 13 touchdowns. Johnson also scored seven rushing touchdowns as he picked up 431 yards on the ground via 52 carries for coach Jeremy Loy and the 7-6 Cobras. Johnson earned MAC 2A All-State honors this season and was a DL All-Area selection last season as a defensive back. Holds offers from Mississippi State, South Carolina and Penn State.

A sophomore wide receiver, Smith became another weapon for the Wesson offense this season as a pass catcher. He hauled in 56 passes for 901 yards and nine touchdowns while earning All-Region honors for coach Jeremy Loy and the Cobras (7-6). Smith had 11 catches for 112 yards in a huge road-win for Wesson at Union in the first round of the 3A playoffs. A ball-hawk as a defensive back, Smith also led the Cobra defense with three interceptions as Wesson finished 7-6 in 2022.

A senior tight end, Dunaway was a valuable edge setter on the end of the line for a potent Lawrence County rushing attack. Dunaway also made the most of passes thrown his way, making three catches for 21 yards and two scores. An All-Region performer for coach Jesse Anderson and the Cougars (7-3), Dunaway was also third in total tackles on the team with 40 combined stops from his defensive position of linebacker.

A senior tight end, Martin was a big-time physical presence on both sides of the line for Wesson. When the Cobras (7-6) ran the ball, they often did so behind the push from 6-foot-2, 230-pound Martin on the end of the line. Martin hauled in three passes for 43 yards and was a disruptive force again as a defensive end, finishing third on the team with 89 tackles. An All-Region selection, Martin was a DL All-Area pick last season as a defensive end.

A senior tight end, Stewart was a versatile offensive weapon during his final campaign as a Brookhaven Academy Cougar. Fought back from an injury that ended his junior season to haul in 20 passes for 264 yards and two scores for the Cougars (8-3). Had an equally important role as a defensive play-caller as a linebacker for coach Anthony Hart. An All-District pick, he was a DL All-Area selection last season as a linebacker.

A senior offensive lineman, Davis stepped up to be a leader up front for Brookhaven Academy in 2022. A 6-foot-3, 263-pound center, Davis was an All-District performer for coach Anthony Hart and the Cougars (8-3). Davis was picked for the MAIS All-Star game and holds an offer from Mississippi Delta C.C.

A senior offensive lineman, May was again physical and versatile in leading Bogue Chitto along the line. When the Bobcat moved the ball on the ground, it was often behind the blocks laid by the 6-foot, 240-pound May at the tackle position. May has the hands to play tight end, the acumen to play center and the nimbleness to play guard for coach Gareth Sartin. An All-Region 7-2A selection for the Bobcats (7-4), he’s a DL All-Area repeat selection and was named to the 2022 2A All-State team as well.

A senior offensive lineman, Smith played his way into a scholarship offer from Mississippi State and signed with the Bulldogs after starting up front for Brookhaven High at tackle on. The 6-foot-7, 295-pound Smith was a Mississippi/Alabama All-Star game selection after serving as a three-year starter on the line for the coach Tucker Peavey and the Panthers (1-8).

A senior offensive lineman, Smith has been a cornerstone on the line for Brookhaven High as a player that can fit in wherever needed. Forced into taking reps as a freshman, Smith matured into a leader on the line for Ole Brook football. At 6-foot-5, 265-pounds, Smith played tackle for coach Tucker Peavey and the Panthers (1-8) this season and could easily slide over to the role of center as a college lineman.

A senior offensive lineman, Smith played the game with a nasty streak and a physical style as the leader of the Loyd Star offensive line. Loyd Star ball carriers combined for nearly 3,000 total yards on the season and many of those came off blocks thrown by the 6-foot-2, 245-pound Smith. Opposing defenses would get tired of seeing Smith pull from his position at guard to lead the Hornet (7-4) ground game for coach Brian Ford. He is a repeat All-Area selection.

A junior offensive lineman, Taylor slimmed down ahead of the season and had his best year yet as a blocker for the West Lincoln Bears. Capable of playing center, tackle or guard, Taylor stands 6-foot-4, 270-pounds and already holds an offer from Co-Lin, where his brother Jackson started on the line last season as a true freshman. Taylor was also equally important as a defensive lineman for coach Brad Bland and the Bears (0-10) in 2022.

A junior kicker, Merrell stepped in as the starter at his position and became an immediate weapon for the coaching staff at Bogue Chitto. Merrell is ranked a 4.5-Star kicker by Prokicker.com. He went 10-of-11 on field goal attempts this season, with a long kick of 35-yards. Merrell also went 27-of-27 on PAT kick attempts for the Bobcats (7-4) while earning MAC 2A All-State honors. In a Possum Bowl win over Loyd Star, Merrell hit a field goal to send the game to overtime and then a game winning PAT in OT for coach Gareth Sartin and BC.