Will Loy is All-Area Football MVP 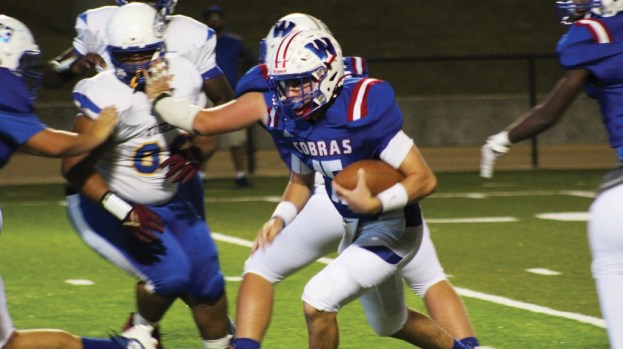 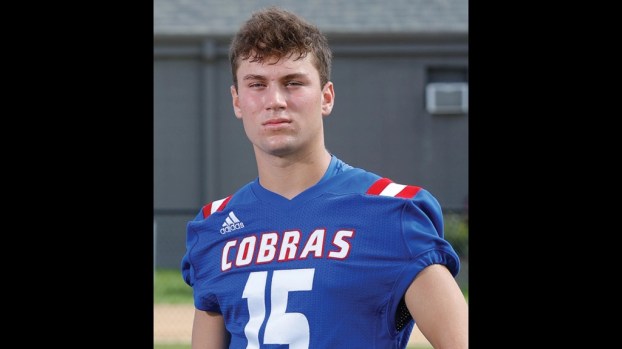 The Wesson Cobras are facing the Enterprise-Clarke Bulldogs in an MHSAA 2A playoff second round game.

The Bulldogs won on a blisteringly cold night by a 6-0 final score.

Wesson twice had the ball on the doorstep of the Enterprise endzone in the fourth quarter.

Then freshman quarterback Will Loy of Wesson had fingers frozen by the weather as he faced a stout Bulldog defense.

Both of those would-be go-ahead possessions ended with fumbles for Wesson and Loy.

It hurt, because Wesson had been so close to winning, but came up just short.

The little freshman quarterback used that painful loss to keep his fire hot over the next few years.

He lifted weights in extra sessions on his own. One of the perks of having his dad Jeremy as his head coach.

He ate like it was his job. Working part time at the local BBQ joint, he often hit up the ice cream place next door to further his caloric intake.

When the older receivers that had been part of his first two teams graduated, he threw untold routes with the new younger players to build a rapport as Wesson moved up to the 3A classification during his junior and senior seasons.

Will Loy put in the work, not just when someone was watching with a camera or recording a throwing session for social media.

And all that work paid off for an incredible high school career.

For his outstanding play during the 2022 season, Loy has been named The Daily Leader All-Area Most Valuable Player.

In leading Wesson to the third round of the MHSAA 3A playoffs, where they lost to eventual state champs Raliegh, Loy and the Cobras won two 3A playoff games — the first 3A postseason wins in school history.

Watch him and you’ll see a quarterback with touch on his passes.

He knows when to take something off a crossing route so that he’s not leading his receiver too far. His deep throws on a go-route have a high arc and come down right where he intends.

He throws an extremely catchable ball.

It was on the ground where the older, bigger Loy was his best in 2022.

When Wesson got close, Loy ducked his head and plunged ahead for quarterback keepers into the endzone.

After Wesson lost a starting running back to a knee injury just before the season, Loy responded by scoring a team-high 11 rushing touchdowns this season.

He’s committed to next play at Copiah-Lincoln CC.

Loy’s high school careers ends with a combined 9,964 passing yards and 112 touchdowns via the air.

The Mississippi Association of Coaches (MAC) named Loy the 2022 MAC 3A Most Valuable Offensive Player.

You wish you could get that freshman quarterback from that cold November night in 2019, who’d also been sick that week, and put him on a time machine to the future.

Bring him to the first game of his senior season, a back-and-forth overtime battle won 49-48 by Wesson over Tylertown.

With one-second left and Wesson trailing by seven points, the Cobras ran down to the THS 1-yard line after a long completion.

Loy called for the snap, put his head down and powered into the endzone to set up the eventual game-winning 2-point conversion.

Then that time traveling quarterback from 2019 will get to see what all his hard work will translate into one day in the future.