Supervisor says retirement will ‘be an adventure’: District 4’s Brown will not seek reelection 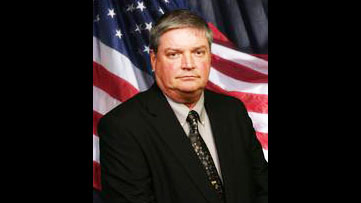 Brown said he and his crew have been able to accomplish a lot in District 4.

“I’ve had a great crew. Everybody has helped me,” he said. “I’ve tried to run it more like a business and not ‘good ol’ boy politics,’ and make sure everything was kept up with and run properly, keeping up with records and day-to-day activities. We avoid problems with auditors like that.”

Brown said the summer resealing project will take place this year on several roadways, and other projects are on route to being complete before he leaves office. This include repairing Bethel Church Road, repairing an Auburn Road bridge at Gum Grove, work on two of five bridges needing repairs, and some overlay work on Jackson-Liberty Road from Hwy. 84 south to West Lincoln Drive.

“We’ve got several projects going on, and I’ve got a great crew that can fix roads,” Brown said.

The list of projects to be completed will never be complete itself, Brown stressed.

“We got a lot done. We’ve conquered a lot of resealing and bridge problems, working with engineer Ryan Holmes. There’s a lot more I’d love to do, but you don’t ever get through doing all of it,” he said. “I believe every supervisor always tries to do all he can with what he’s got. There’s never enough money to fix all the roads, but every one of them has always tried to fix everything he could.”

A couple of people in his office have decided to retire at the end of this term, as well, Brown said. So whoever is elected to the District 4 seat will need to address those vacancies as well, he said.

On Day 1 of qualifying for the 2023 election — Tuesday, Jan. 3 — Eli Ferguson was the single qualifier, running as a Republican. Qualifying is open until Feb. 3.

“I’ve enjoyed my time. I’ve met a lot of great people, and enjoyed working with a lot of them,” Brown said. “There are some great people here in the county to work with. It has been an experience.

“It’ll be an adventure, whatever comes next.”