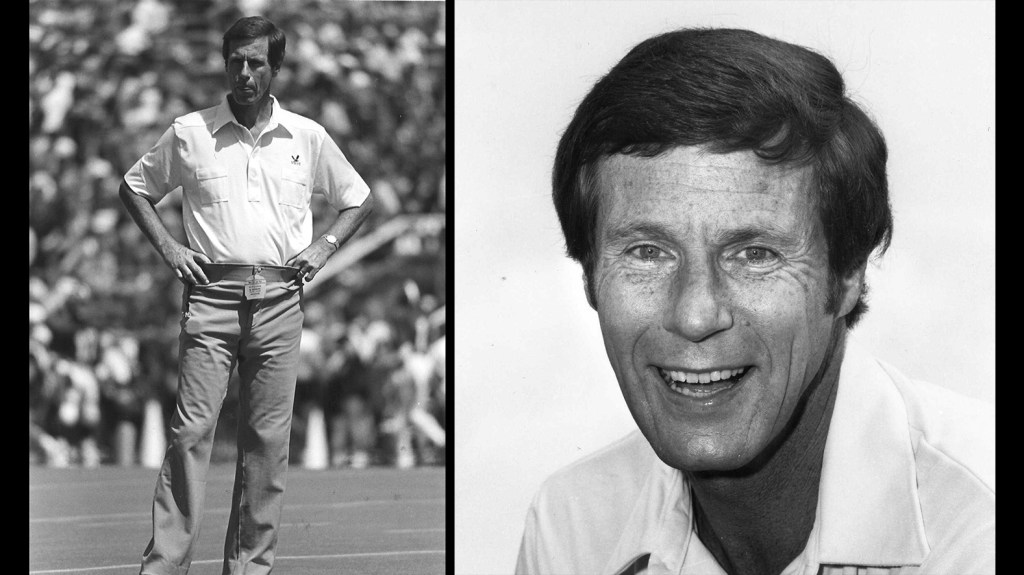 There may never be another coach that will weave so many important threads throughout the history of the game in the Magnolia State like Carmody did in a career that saw him work at Southern Miss, Mississippi State and Ole Miss.

Carmody was a 1954 graduate of Copiah-Lincoln CC and has been recognized numerous times by the school as a Co-Lin Sports Hall of Fame inductee and as the 2014 Alumnus of the Year.

One final honor bestowed on him by Co-Lin was his election to the Mississippi Community College Sports Hall of Fame in 2020.

After being a co-captain for Co-Lin football, he then went and played at Tulane University in New Orleans, where he’d also played high school football and baseball at Holy Cross High School.

Recognized as an all-time great defensive coordinator, he was nicknamed “Big Nasty” by his players at Southern Miss and the defensive unit at the school is still called “The Nasty Bunch” to this day.

From 1978-1980, Carmody was the defensive coordinator in Hattiesburg and from 1982-1987, he served as head coach at USM after Bobby Collins was hired away by SMU.

His 1982 team sprung one of the biggest upsets in school history, a 38-29 win over the University of Alabama that broke a 57-game, 19-season home-winning streak for the Crimson Tide.

Carmody had two coaching stints at each of the state’s three largest universities.

He was the defensive coordinator at Ole Miss in 1977 when the Rebels beat Notre Dame, the eventual national champs, 20-13 in Jackson.

His 1987 team was the first historically white university in Mississippi to play one of the state’s historically black schools when USM beat Jackson State 17-7 in Hattiesburg.

Carmody also spent one season as an assistant coach for the Buffalo Bills in 1981.