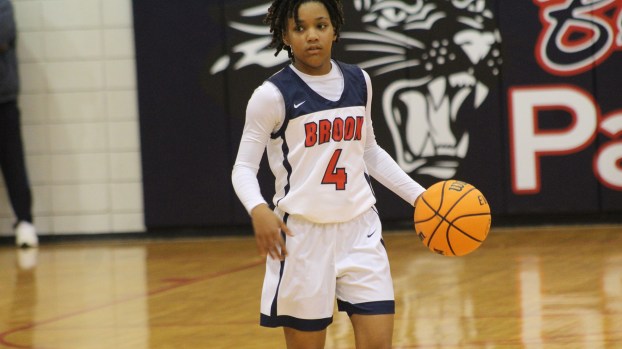 PHOTOS BY CLIFF FURR Senior point guard Alexis Kelly and Brookhaven High moved to 14-2 on the season with a 64-47 home win over Florence on Friday. The Panthers and coach Preson Wilson will play at Florence on Friday, Jan. 20. 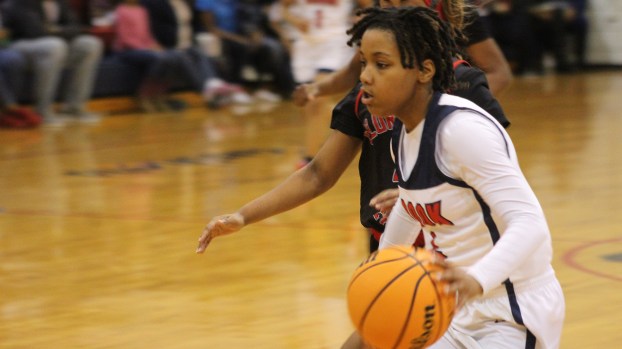 PHOTOS BY CLIFF FURR Senior point guard Alexis Kelly and Brookhaven High moved to 14-2 on the season with a 64-47 home win over Florence on Friday. The Panthers and coach Preson Wilson will play at Florence on Friday, Jan. 20.

Here’s a look at how area high school basketball teams played in action over the weekend.

Brookhaven High split a region matchup on Friday at home with Florence High as the Panthers won the girls’ game 64-47 and the visiting Eagles took the boys’ contest by a 75-65 final score.

After the first run through Region 5-5A play, the BHS girls are 14-2 overall and 2-1 in division play. Coach Preston Wilson’s team lost a region matchup at West Jones 53-33 and will host the Mustangs on Jan. 24 for a rematch.

On the boy’s side, BHS is also 2-1 in region play for coach Charleton Grey after the first trip through its division. Junior guard Jaylen Haliburton scored 24 points for the Panthers in the loss to Florence. BHS bounced back on Monday to get a 56-53 win over Edwards High (Ruleville). The Panthers now sit at 10-10 overall on the season.

Brookhaven High will return their games against Florence by visiting the Eagles on Friday, Jan. 20.

The Bobcats got two wins on the road Friday at Amite County High in Liberty. Both Bogue Chitto teams are coached by Marc Howard. The BC girls’ team won 58-21 while the boys’ team got a 58-49 Region 7-2A win.

The BC boys moved to 12-4 overall with the win over the Trojans. Bogue Chitto will be at home on Friday, Jan. 20 when they’ll host East Marion High for another Region 7-2A pairing.

Loyd Star split a Region 7-2A matchup at home on Friday with East Marion. The girls’ team from LS won the opener 59-44, while the visiting Eagles from East Marion took the boys’ contest 74-70.

Senior forward Alyssa Legget scored 14 points to lead the Loyd Star girls in the win for coach Russell Cruise. The win moved LS to 6-12 on the season.

The close loss was another in a line of tight defeats for the Loyd Star boys’ team and coach Seth Britt.

The Hornets will host West Lincoln on Friday, Jan. 20.

In the opening girls’ game, West Lincoln moved to 16-1 on the year with a dominating 50-14 win. The boys’ game was a tight one with the Enterprise boys holding on for a 50-46 victory.

West Lincoln had won the first boys’ matchup between the schools 44-23 on Dec. 20.

Enterprise will get back into region play on Friday, Dec. 20 by playing at Richton.

The Brookhaven Academy girls are now 25-3 this season after getting a district win 67-45 on the road at Silliman Institute on Friday. In the boys’ game, the homestanding Wildcats took a 37-25 victory.

BA will host Centreville Academy on Thursday, Jan. 19 and then play at Cathedral School in Natchez on Saturday, Jan. 21.

The Cobras are back at home on Friday, hosting Jefferson County in another region pairing.

It was a sweep at home for Lawrence County as the Cougars took two wins on Friday over region foe Purvis High.

In the opening girls’ game, LC beat the visitors from Purvis 55-33. The Cougars squeezed out a close victory in the boys’ contest by a 62-60 score.