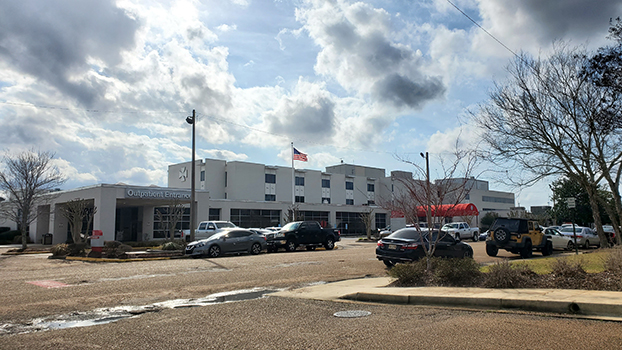 Engineer Mike McKenzie, with WGK Engineering, told the Brookhaven Board of Aldermen Tuesday that the equipment has finally arrived to get the well completely operational.

“Entergy will just need to set the transformer and pull service, then we’re on track,” McKenzie said. “Hopefully, the well will be on automatic very soon.”

Mayor Joe Cox read a letter from the office of Gov. Tate Reeves approving a matching grant of $586,236 through the Community Development Block Grant (CDBG) program.

The board also approved pay request No. 12 to Greenbriar Digging Services in the amount of $11,641.50 for work completed on the well.

Engineer Ryan Holmes, of Dungan Engineering, also updated the board on the construction of the Brignall Road bridge.

“They’re making good progress. We hope to wrap it up in a couple of weeks, if things keep going as they have and the weather is good,” Holmes said. “We’re well ahead of schedule.”

ADSI regional manager Jimmie Moore and area manager Charles Lundgren were present at the meeting to answer concerns from board members.

“My main concern is cans being left in the middle of the street,” said Ward 2 Alderman Shannon Moore. “I’m afraid it’s going to cause a bad accident.”

Lundgren said he has already addressed it more than once with his employees, but that the root of the issue was a need for repeated training due to weekly turnovers.

“‘Turnover’ is an understatement,” Jimmie Moore said. “Across the state, it’s a constant problem with getting people who want to work. We’re doing the best we can to keep qualified, trained workers to pick your trash up.”

“A cart can do a lot of damage to a vehicle,” he said to Alderman Moore. “We’re working on that, sir.”