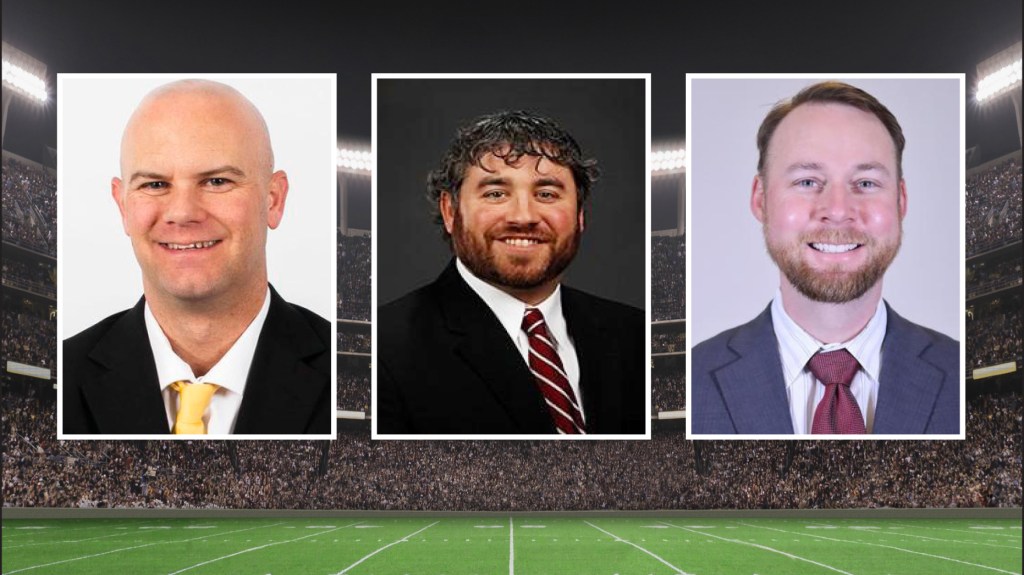 The coaching carousel has been in full swing since the end of the college football season and all three of the state’s largest programs have had significant changes to their staffs.

Barbay comes to Starkville from Appalachian State where he served as OC for one season. He’s part of the Jim McElwain coaching tree and had previously been the offensive coordinator for McElwain at Central Michigan before going to App State.

In 2014, Barbay worked as Director of Player Personnel under McElwain and then followed his boss to the University of Florida where he served in that same role from 2015-2017.

His first shot as an offensive coordinator came in 2018 at Stephen F. Austin in his home state of Texas.

The hiring of Barbay means that Mississippi State is moving away from the “Air-Raid” offense invented and implored by former head coach Mike Leach.

Former wide receiver coaches Drew Hollingshead and Steve Spurrier Jr. moved on from Starkville after the bowl game and both have accepted offensive coordinator positions as new schools, with Hollingshead heading to Western Kentucky and Spurrier Jr. going to Tulsa.

A native of Tupelo, Bumphis was a legendary wide receiver during his playing career at MSU and comes home after most recently being the receivers coach at the University of Utah.

Friend is native of Philadelphia, Mississippi who was a four-year starter on the offensive line at the University of Alabama. His coaching experience in the SEC is deep with stops at Auburn, Tennessee and Georgia as a line coach.

Arnett promoted from within to replace himself as defensive coordinator, moving linebackers coach Matt Brock into that role as an interim for the bowl game and then making the move permanent afterwards.

The defensive staff was also bolstered by the addition of David Turner as the defensive line coach. It’ll be the third stint for Turner in Starkville as he also coached the Bulldog defensive line from 2007-2009 and 2013-2015.

Out are former co-defensive coordinators Maurice Crum and Christ Patridge. Crum has since been hired as a defensive assistant at SMU.

A native of Hammond, Louisiana, Golding was a four-year starter at safety for Delta State University and rose quickly up the coaching ranks.

Golding went from an assistant at Delta State, to defensive coordinator at Southeastern Louisiana and then was an assistant coach for two years at Southern Miss.

From Hattiesburg, he went to UT-San Antonio and was plucked off that staff by Nick Saban after building a strong reputation as a recruiter.

Wes Neighbors III is another coach with Alabama ties that was brought in by Kiffin. Neighbors will coach safeties in Oxford and was most recently on the staff at the University of Maryland.

Neighbors played for the Crimson Tide and worked under Kiffin at Florida Atlantic University.

USM head coach Will Hall made Armstrong the youngest defensive coordinator in the nation at the FBS level when he hired him two years ago to lead the Golden Eagles on defense.

Armstrong has a strong coaching pedigree that includes time spent working as a GA at Georgia under Kirby Smart and a stint under current Florida head coach Billy Napier at UL-Lafayette.

Hall wasted no time in promoting from within to replace Armstrong as he announced that safeties coach Dan O’Brien would now also serve as the defensive coordinator.

The defensive staff shuffling also led Hall to hire cornerbacks coach Dwike Wilson away from the University of South Alabama in a move that was announced Friday.

Wilson is a veteran coach with deep ties to the state as he’s previously been an assistant coach at Jones College and Hinds CC. Wilson was the recruiting coordinator during his time in Mobile at USA.