A man has been charged with animal cruelty after a cat was allegedly abused inside the Brookhaven Animal Rescue League facility Friday afternoon.

Jody Cothron, 39, was charged with the misdemeanor Monday. 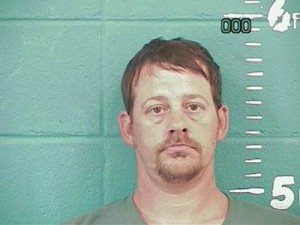 “This fellow drove up close to noon Friday and asked to see the cats,” BARL president Lu Becker said. “We have an open door policy at BARL. We’re public friendly. We haven’t had anything even remotely like this happen.”

Becker said normally a caregiver would have been present with cats when Cothron went in to see them, but they were all out trying to catch a dog that had gotten loose.

“A caregiver went in to tidy up the room,” Becker said. “They found the cat in her kennel with the door open, barely breathing.”

When the caregiver entered the cat room, she found blood splattered around the room and a plastic stick was in pieces from where the man allegedly hit the cat, a BARL Facebook post stated. BARL took the cat to a veterinarian, where it later died. The veterinarian believes the cat was stomped during the incident.

Becker said there was no connection between Cothron and BARL or any of the animals at the facility.

“There’s no apparent motive other than he has to be sick,” Becker said. “He is a sick individual.”

“We’ve charged him with aggravated cruelty,” Becker said. “He’ll probably have a fine that’s payable and short to no jail time.”

Becker said she believes the animal cruelty laws in Mississippi are inadequate.

“To be able to torture, mutilate and kill a domestic animal and it only being a misdemeanor — it’s ridiculous,” Becker said. “Maybe this senseless act of cruelty will be the catalyst we need to get something done about the laws.