The Brookhaven Police Department arrested two teens in an armed robbery at an apartment complex Saturday. 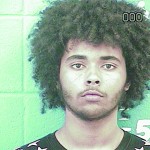 BPD responded to a call of a robbery at 10:40 a.m. at a complex on Cherry Street.

Banks said the two teens allegedly cornered Alfredo Moqueda, hit him in the head with a gun and robbed him. BPD believes Green and Shannon knew Moqueda, Banks said. 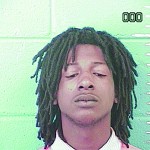 Moqueda’s condition is unknown at this time. The incident is still under investigation, Banks said.

Armed robbery is a felony, punishable by a minimum of three years, up to life without parole, according to state law. A juvenile over the age of 13 charged with such a crime stands trial as an adult in criminal court.

The year 2015 saw an unparalleled number of murders in Brookhaven. Arrests have been made in some of those cases,... read more