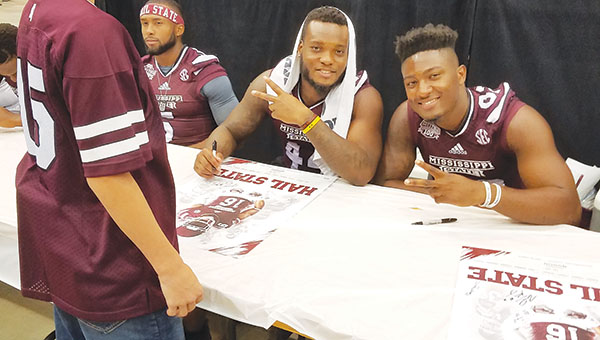 Each fall,  college football programs kick off their first practices with the highest of expectations.

They welcome in seasoned veterans and freshman signees that they hope could be the future of their team.The athletes enter eager to make a mark on the squad they have chosen to take their talents to.

For some that impact will come immediately. Sometimes the reason for that is because a team could be spread thin at the position the athlete plays. Other times it can be because the talent of the player demands that they play out of the gate (see Brandon Bryant).

However, that path is not always the one that is taken by freshmen entering college football programs.

Sometimes, these players are forced to realize that playing in their first year may not be the best thing for them in the long run.

Sometimes they understand that they stand to gain just as much, if not more,  knowledge by sitting on the sideline for a year and absorbing as much as they can about the game.
With that time, they can adjust to the speed of the game which is necessary in a conference as tough as the SEC.

They can familiarize themselves with the playbook and most importantly they can grow and develop as a player without wasting a year of production on the field.
The technical term for this is a redshirt and for former area standouts Farrod Green and Leo Lewis,  it proved to be the best path for them at Mississippi State.

Many would assume that it would be a difficult transition for the two.
Both were star players at high schools and could have opted to look at the redshirt season in a different light.

However, both young men said they have learned and grown a lot during that time and are now ready to make an impact for the Bulldogs.

“The first season was very humbling and a learning experience,” Green said.

Green was a standout at tight-end during his playing time at Wesson High School. As a three-star prospect, he caught 25 passes for 409 yards and eight touchdowns.
He became the first player from his high school in 35 years to be offered an athletic scholarship at the Division I level.

“It was hard watching my brothers compete. Every freshman wants to play in college but you have to know that it is for the best,” he said.

With a year under his belt and a better knowledge of the playbook, Green said he looks forward to being able to take the field this season.

“I feel like I’m very comfortable this season. I’ve gotten bigger, faster and stronger,” he said. “I’m going to do whatever Coach Mullen tells me to do.”

Leo Lewis entered his freshman year tabbed as the top inside linebacker prospect in the nation.
He was a Dandy Dozen and an All-American and to many he had all the tools he needed to start right away.

But with seasoned players like Beniquez Brown, Zach Jackson and Richie Brown already on the roster, Lewis had to wait his turn.
Now that Jackson has graduated and Beniquez Brown has moved on to the NFL, it will be Lewis and Brown in the middle of  defensive coordinator Peter Sirmon’s attack.

Lewis, like Green, said he was also able to learn a lot during his redshirt season.

Lewis added that the redshirt season helped him appreciate the little things by enabling him to see all the preparation  behind the scenes that goes into the product fans get on the field.

He said even though he was not exactly looking to be the guy straight out of high school, the experience was still humbling and it taught him to be patient and wait for his time.
That time is now and Lewis said he is ready to see his hard work pay off.

“All of my game has improved,” the linebacker said. “I’m very physical at the point of contact and I’m getting better at pass concepts and understanding offenses.”

Lewis said he felt the spring game was a high point for him and he is most looking forward to playing LSU and Alabama.

“As far as the season goes, I want to be the guy the opposing team looks out for,” he said.

Bulldog fans can get their first glimpse at Lewis and Green in Starkville on Sept. 3 when MSU faces South Alabama.

Gridiron 2016’s Loyd Star preview: “Our kids can just pick up where we left off”

File photo/Afer getting back into the playoffs last year, a veteran Hornets group led by All-State selection Parker Flowers (above)... read more