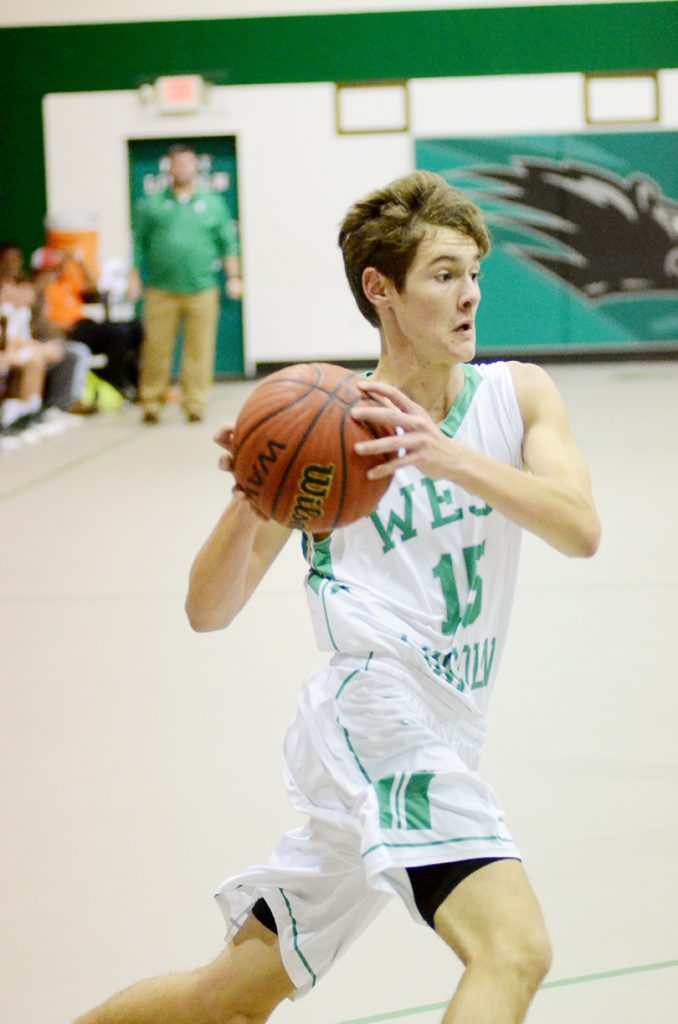 In a game that was up and down for the first three quarters, the West Lincoln Bears clamped down on defense and came out on top 44-33 against Salem Thursday night.

The victory moves West Lincoln to 4-3 on the season.

“We competed very hard and I’m very happy we got the win,” head coach Lane Young said. “It was very sloppy on both ends, but we found a way and I’m happy for our guys.”

Down 19-20 with seconds winding down until halftime, sophomore guard Adam Martinez drilled a three from deep to send the Bears up 22-20 going into halftime. The shot seemed to give West Lincoln momentum for the rest of the game. 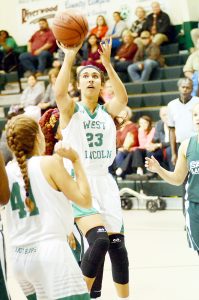 Photo by Dylan Rubino/ Megan Gerald (23) stops in the lane for a jumpshot against Salem.

“That shot gave us a little momentum that we really needed going into the half,” Young said. “We didn’t play well the first half and turned the ball over a lot. It was a big shot right before halftime.”

Martinez would finish the game with a game-high 19 points. Martinez seemed to make all the big shots for the Bears throughout the course of the game.

“He really made some big shots for us the entire game, especially in the fourth quarter,” Young said of Martinez. “He played a really good game tonight, a lot better than earlier in the week against Bogue Chitto.”

The defense for West Lincoln stepped up big in the fourth quarter, holding Salem to only four points in the quarter.

The next game for West Lincoln is home Tuesday against Puckett.

Young preached earlier in the week after the Lady Bears’ loss to Bogue Chitto that they needed to improve defensively. They did just that on their way to a 64-39 win over Salem.

The Lady Bears held Salem to only 19 second half points as they outscored them 28-19 in the second half.

“We were a lot better defensively tonight, but there was still a lot of standing around in some instances,” Young said. “We need to be tougher in some areas, but I’m happy with the win.

Starting point guard Haley Moak sat out for the game because of a back injury. Sophomore guard Megan Gerald made the start at point guard for the Lady Bears and she thrived. Gerald finished with a game high 15 points and played the majority of the game.

“Megan did a great job running the point tonight,” Young said. “She handled the role really well and played a great game for us.”

Even in the big victory, Young wants to see his team improve on both sides of the ball and wants to execute better in the future.

With the victory, the Lady Bears move to 3-4 on the season. Their next game is at home against Puckett Tuesday.