Lady Wolves fall to MCC Lady Eagles on the road 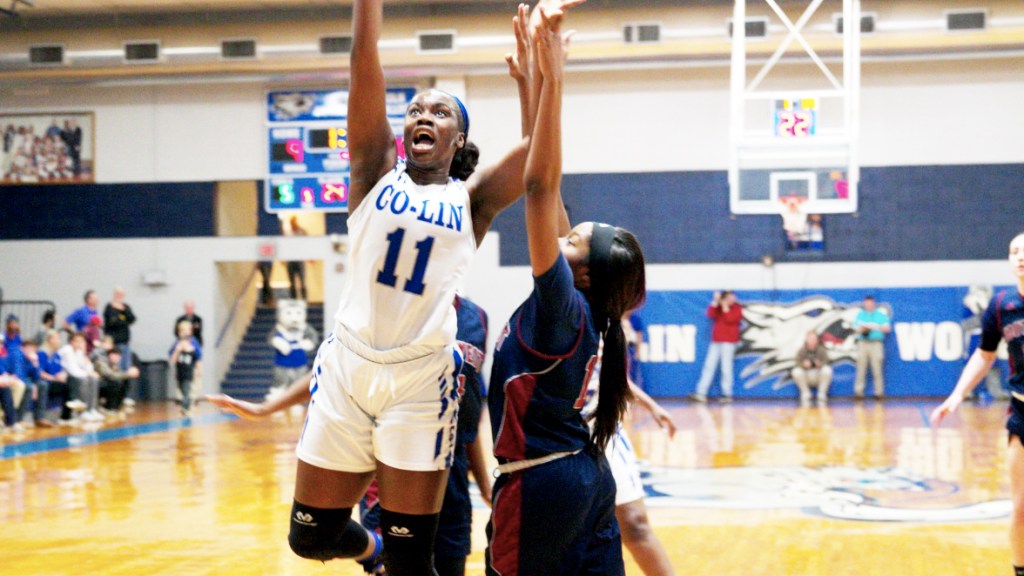 The Lady Wolves of Copiah-Lincoln Community College struggled to hit the three-ball on Thursday night as the team fell to the Meridian Lady Eagles, 74-71.

The loss drops the Lady Wolves to 13-2 overall and to 4-2 in MACJC South Division play, putting the team in third place behind Jones County and Pearl River Community College. Meridian improved to 9-6 overall and to 3-3 in division play. Co-Lin is at home for two games next week as the Jones County Lady Bobcats and Pearl River Lady Wildcats travel to Wesson on Monday and Thursday respectively. Games start at 5:30 p.m.

“Early on we couldn’t execute on offense, especially in the second quarter,” said head coach Gwyn Young. “We got some shots against their zone defense, but we didn’t make them. We shot poorly from the outside and I think they just outplayed us.”

Both teams had their offenses clicking in the first quarter as they combined for 44 points. Co-Lin was firing early with a 7-0 run to open the game. That lead grew to nine, 20-11 late in the first, but a couple of threes from the Lady Eagles cut that lead down to just two, 23-21, after the first quarter.

Meridian hit a big three-pointer to open the second quarter, and immediately followed with a steal and another three. The quick six points put the Lady Eagles on top 27-23 and deflated the Lady Wolves. Co-Lin continued to struggle throughout the second and had 11 turnovers in the 10-minute span. The offensive woes allowed Meridian to take a six-point, 42-36, lead into the locker room.

The Lady Wolves bounced back in the third as Co-Lin began shooting the ball more effectively. Meridian hung on to their lead for most of the quarter by hitting three-pointers at key moments, but a layup from Camryn Davis finally tied the game at 52-all. The lead changed hands a couple of times in the final minutes and it looked like the game would be knotted at 55-55 going into the fourth, but Co-Lin’s Ciara Norwood hit a long three at the buzzer to put Co-Lin on top 58-55.

T’Kyra Hicks kept the momentum on Co-Lin’s side to start the fourth with a three-pointer, but the excitement was short-lived as Meridian went on a 10-2 run over the next four minutes led by DaKeiva Cooley and Mariah Collins. The run put Meridian up 65-63 with just 5:22 left in the contest.

In the final five minutes, the game was tied on four occasions and the lead changed hands six times. Both teams made several trips to the free throw line and capitalized on the trips. A pair of free throws from Norwood put Co-Lin up 71-70 with just 1:12 to play, but a layup from Meridian’s LaTonya Adams and two free throws from Collins gave the Lady Eagles a three-point 74-71 lead with 18 seconds on the clock. Co-Lin had a couple of looks at threes to tie in the game in the final seconds, but the shots did not fall.

T’Kyra Hicks led Co-Lin with 22 points after going 8-of-16 from the floor. Hicks also hit four of Co-Lin’s six three-pointers. Camryn Davis recorded a double-double as she led the team with 12 rebounds. The freshman finished with 13 points. Sha’Quandra Carter, who had a double-double against Hinds, finished with 11 points and eight rebounds, while Ciara Norwood came off the bench to score 10. Darien Tubby once again led Co-Lin in assists with eight.

All five of the starting Lady Eagles scored in double digits. LaChrisha Williams led the team with 14, while Sarah Allen had 12. Cooley and Adams both had 11 and Collins rounded out the group with 10. Cooley also led Meridian in rebounds with eight.

Turkey Day hoops on tap for local schools next week